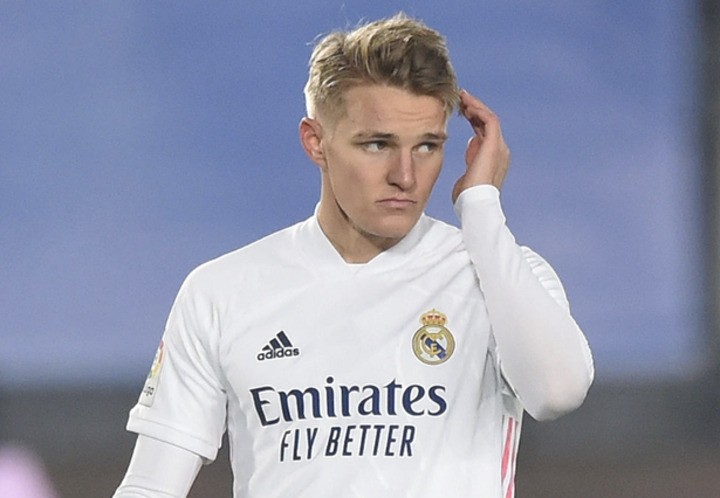 Mikel Arteta remained tight-lipped on speculation linking Martin Odegaard with a move to Arsenal but admitted the club were looking to sign players this month.

Arsenal have reportedly made an approach to sign Real Madrid ace Odegaard on loan.

The midfielder has only made 11 first-team appearances for the Los Blancos since signing for them in 2015.

He has also been sent out on loan three times already, with Sky Sports reporting Madrid are keen for him to get another spell under his belt and more regular action elsewhere.

Arteta is believed to be an admirer of the 22-year-old, but was coy when asked about the prospect of Odegaard heading to the Emirates.

"Sorry but I can’t comment on players who play for different clubs," Arteta said at his press conference on Thursday.

Pressed on whether Arsenal were targeting new additions in January, Arteta was slightly more forthcoming.

"We are looking at various positions in the moment in this transfer window as some players leaving the club leaves us a little bit short in certain areas," he said. " So if we can, we will do it, and if we can’t, we will go with what we have."

Arsenal have already offloaded defender Sokratis this month after agreeing to terminate his contract, with Mesut Ozil also set to follow in the coming days.

The Gunners are pretty well-stocked for centre-backs, though, suggesting Arteta is looking to find a suitable replacement for Ozil.

Real Sociedad are keen on re-signing Odegaard after his successful loan stint at the club last season.

Arsenal midfielder Dani Ceballos has offered his thoughts on the situation, and urged the youngster to follow his lead and seek first-team football wherever he can find it.

"I can tell you about what happened to me at Madrid," Ceballos told EFE.

"I don’t know exactly what happens about Martin, but it is obvious that any player who wants to succeed at Madrid is going to grab the opportunity he has.

"I don’t know what Martin’s thoughts are but I know mine and I think that when you are young and you have goals and objectives, what you need is to play regularly and if you don’t, it’s like something is missing.

"I imagine that is what is happening to Martin."