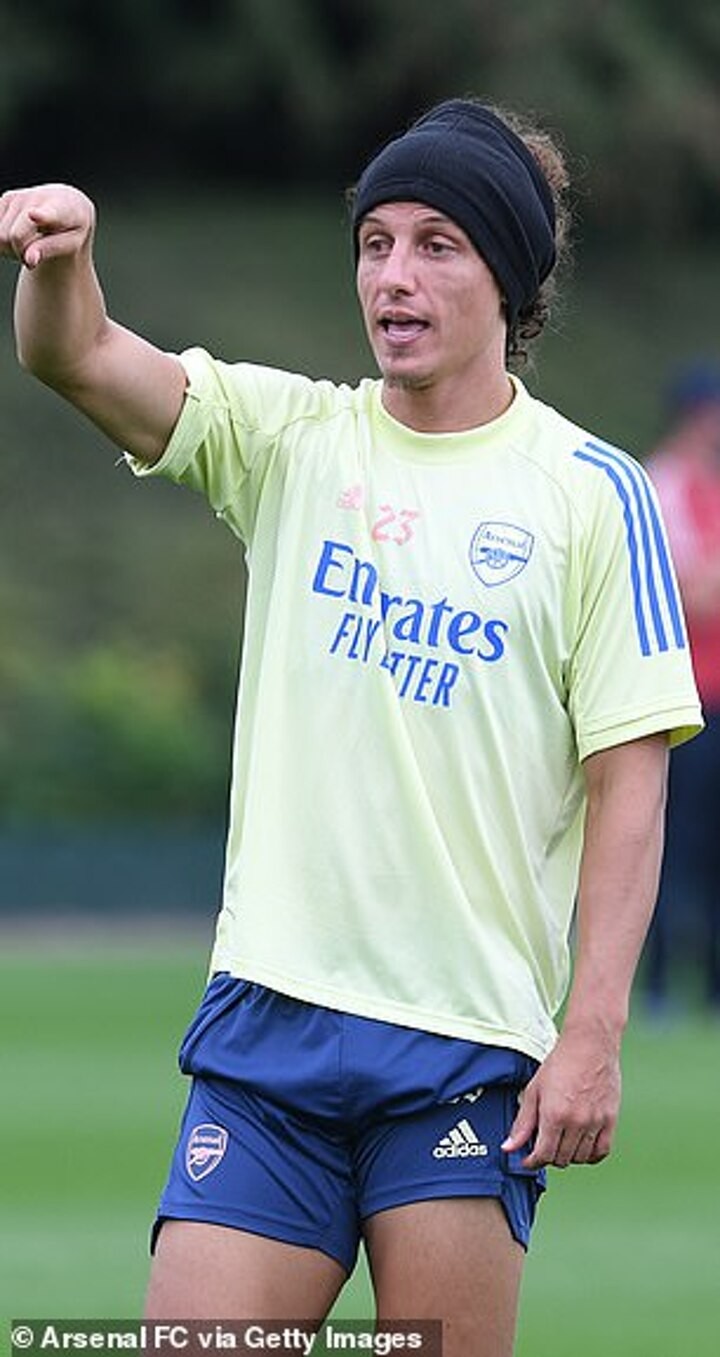 Mikel Arteta hinted on Thursday that he has discovered the identity of the mole in the Arsenal camp who has been leaking information to the media.

But the manager refused to say whether it was anything to do with those players who are leaving the club this month.

Arteta warned there would be 'consequences' for any Arsenal employee who had spilled the beans on a training ground bust-up involving Dani Ceballos and David Luiz earlier in the season.

'I don't like it at all and I will find out where it is coming from,' Arteta said back in November.

Now, two months on, the Arsenal boss was quizzed on whether his detective work had borne fruit.

When pushed on whether it was related to the players who left this month, such as Mesut Ozil and Sokratis, he added: 'No comment on that'.

Luiz struck team-mate Dani Ceballos in the face during a sensational training ground bust-up over the international break last year.

The pair had to be separated by manager Arteta after a challenge by Ceballos sparked a scrap.

The fight occurred during a practice match when many of the Arsenal squad were away with their national sides.

Sources claimed Luiz, along with other senior players, had repeatedly taken issue with Ceballos over his rough treatment of some of the younger players.

Later in the session Luiz, 33, and Ceballos, 24, collided during the training match which resulted in Luiz lashing out at the Spaniard.

It left Ceballos on the ground, with a scratch on his nose. When he rose to confront Luiz, players and Arsenal staff moved quickly to de-escalate the situation.

Arteta immediately ended the session. The Gunners stars later apologised to each other.