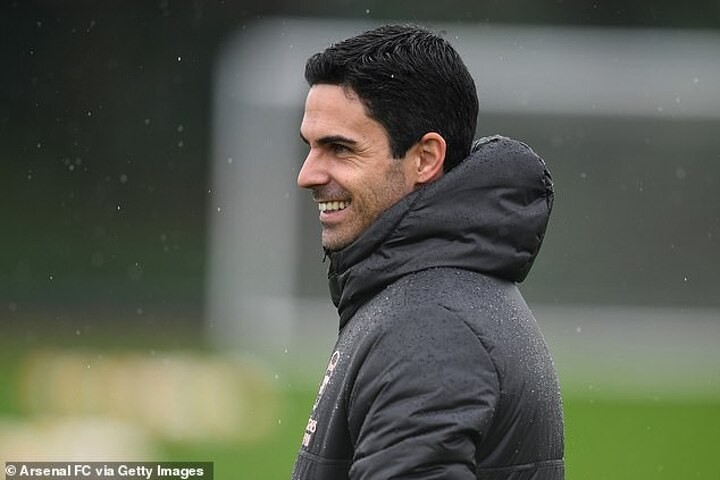 Mikel Arteta is hoping his secret dossier on Marcelo Bielsa will get Arsenal back to winning ways at Leeds today and help captain Pierre-Emerick Aubameyang start scoring again.

The rookie Arsenal coach faces managerial legend Bielsa for the first time but claims he has the inside track.

'I haven't spent any time with him but I know many players (who have played for him) and one of my best friends spent many, many years with him,' Arteta revealed. 'So I know a lot about his methods, who he is as a person, who he is as a manager as well and I admire him.

'I have followed his work, his ways of playing, the way he is able to change a football club immediately with his mentality and the messages he sends, with his personality, charisma, and I've been very impressed with what he has done in England since he joined Leeds.

Asked to identify his Bielsa insider, Arteta answered intriguingly: 'I prefer not to say, but they worked as a player and then next to him.'

Either way, Arteta is looking for a positive response from a side humiliated at home to Aston Villa before the international break.

And without the injured Thomas Partey to lift spirits Arteta wants to help Aubameyang improve on his return of only one goal from open play since the first game of a season in which he has had only ten shots on goal.

Arteta admitted: 'We need to help him more. I think he knows himself as well what he can do and the things that he needs to improve in his game to be more decisive.

'It will come. I haven't known any striker in the world that for 10 years has never had a period when he's not scoring as much.

'It's how you navigate that period and how quickly you come back to what you have always done. For them that's something normal.

'Just taking a natural way without putting too much pressure on yourself, and us as coaches finding ways to help him as much as we can.'

Arteta is open to restoring the Gabon international into a central striking role and playing a new formation to combat Leeds too.

He explained: 'I think we have players that are really good at running in behind and using spaces when they are open, and you create the situations with advantages for the player on the ball to generate and exploit those spaces.'