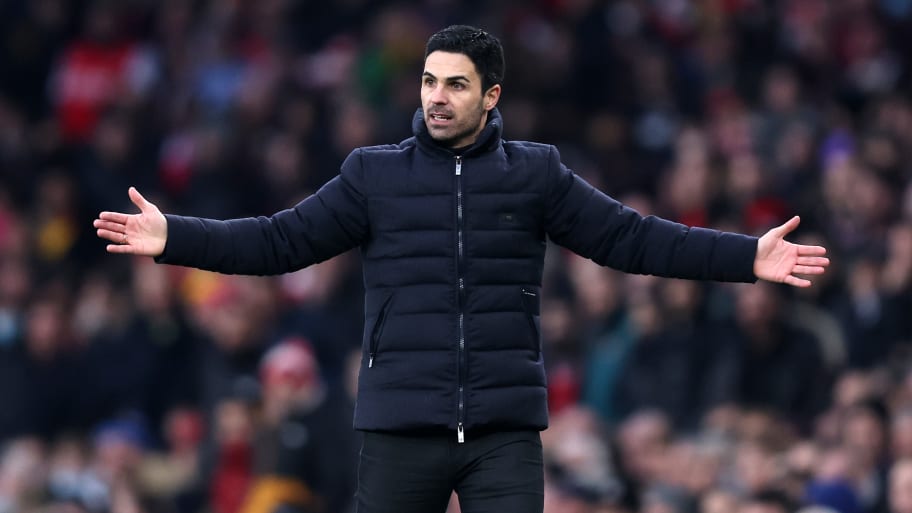 Mikel Arteta has flown to Denver for talks with Arsenal owner Stan Kroenke over signing a new striker.

The Gunners seriously struggled for goals in January, netting just once in five games. This continued a trend of the season, with Arsenal - who are currently sixth in the Premier League table - being comfortably outscored by all of the team's above them, as well as by tenth-placed Leicester.

They have been strongly pursuing Fiorentina hotshot Dusan Vlahovic all month but as reported by 90min, the player - who is now closing in on a transfer to Juventus - was never convinced by a move to the Emirates Stadium.

As per The Telegraph, Arteta has now flown out to meet Kroenke and plan the club's next steps in the transfer market.

With a move for Vlahovic not possible, the Gunners have now been linked with the likes of Jonathan David, Alexander Isak and Dominic Calvert-Lewin.

The main purpose of Arteta's trip will be to discern how much Kroenke is willing to invest in a new centre-forward, as a hefty war chest is likely to be required to sign any of the trio.

Also on the agenda will be Pierre-Emerick Aubameyang's future. Arteta recently stripped Aubameyang of the club captaincy after multiple disciplinary breaches and he has since been the subject of a hefty loan bid from Saudi Arabian side Al-Nassr.

Although Arsenal are willing to let the Gabon international leave, the player is not keen on that particular move. However, clubs from across Europe are also weighing up the possibility of signing Aubameyang this month.

After meeting with Kroenke, Arteta will link up with his squad in Dubai for a warm-weather training camp ahead of their return to Premier League action against Wolves on 10 February.

This article was originally published on 90min as Mikel Arteta meets with Stan Kroenke to discuss signing new striker .