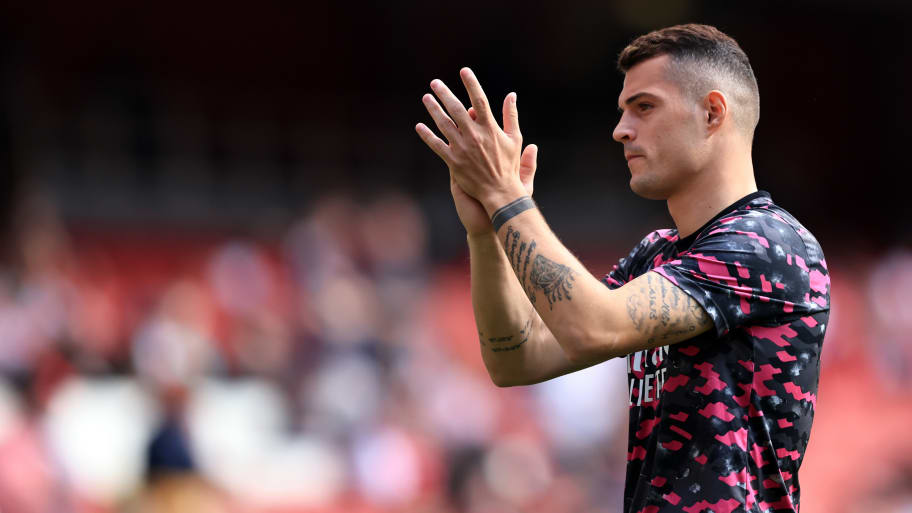 Swiss midfielder Xhaka has been out with a medial knee ligament injury since the 3-1 north London derby success over Tottenham in September. In his absence, the Gunners have put together a strong run of form to sit fifth in the Premier League, just three points off the Champions League places.

Speaking ahead of his side's fixture with Newcastle on Saturday, Arteta gave a positive update on Xhaka's recovery.

He said: "Hopefully he will be a little bit sooner than expected. He is training and pushing himself and all the staff so hard like he always does.

"He is in a good place, he is evolving well and hopefully we can have him a little bit earlier. It is still a bit early to decide."

If his recovery continues to go well, Xhaka could provide Arsenal with a welcome fitness boost before the end of the year.

Thomas Partey has delivered some strong performances in central midfield while Xhaka has been out, while summer signing Albert Sambi Lokonga has also had plenty of game time, making 11 Premier League appearances so far this season.

Elsewhere, Arteta has close to a fully fit squad. Sead Kolasinac suffered a gruesome ankle injury while on international duty, though the defender has dropped down the pecking order at left-back since the 5-0 defeat to Manchester City.

Nuno Taveres has featured in that position recently, though Kieran Tierney could be drafted back into the starting XI for Newcastle's visit on Saturday after the Portugal Under-21 international struggled at Anfield in the 4-0 defeat to Liverpool.