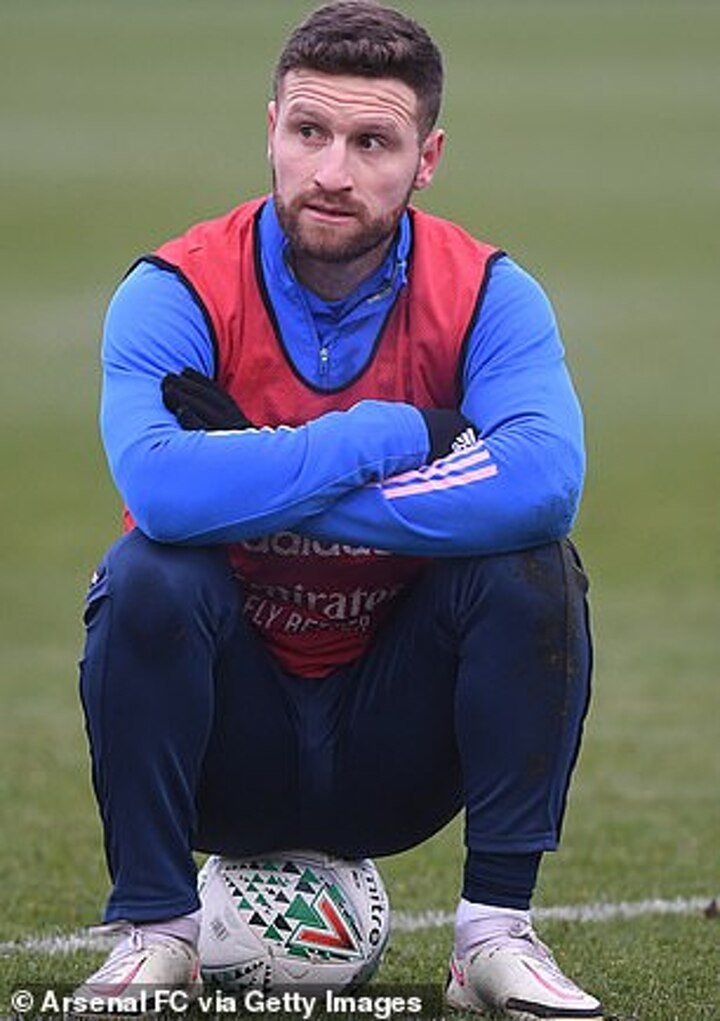 Mikel Arteta has insisted Shkodran Mustafi's immediate future remains with Arsenal regardless of any interest in the defender this month.

Mustafi has made just three substitute appearances in the Premier League this season, with the rest of his game time coming in the Europa League and Carabao Cup.

The 28-year-old is out of contract at the Emirates at the end of the season and is free to speak to other clubs about a summer move.

A knee injury kept Mustafi out of the FA Cup final in August and also sidelined him for the start of the season.

The centre back has since fallen down the pecking order but injuries to a number of players and William Saliba's loan to Nice means Arteta is determined to hold on to him for the rest of the campaign.

'I'm trying to help. We have Papa that probably is going to leave the club in this window.

'William that has already gone on loan, so we don't have many right now.

'Gabriel's been out for a period, David (Luiz) has been injured, so the situation is completely different to before.'

Mustafi reportedly rejected a new contract in October with the German said to be keen on a move to Italy.

The defender joined the Gunners from Valencia in 2016 and has made over 150 appearances for the club in five years.