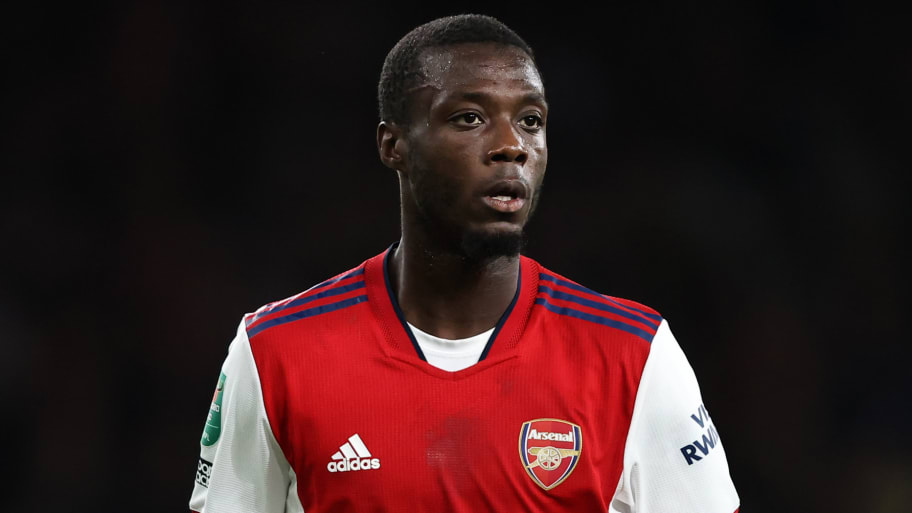 Arsenal manager Mikel Arteta has insisted that Nicolas Pepe will not be leaving the Emirates Stadium in January, despite the club-record signing struggling to establish himself this season.

Pepe cost Arsenal £72m when they signed him from Lille in 2019, with the Ivorian winger having scored 22 Ligue 1 goals in his final season in France.

After a difficult first year in England, which was made worse by the coronavirus pandemic, Pepe looked to be making progress last season and even reached ten goals in the Premier League – the same output as Pierre-Emerick Aubameyang.

Yet Pepe seems to have gone backwards this season. He has only started one Premier League game since mid-September and not at all since the middle of October. He has also remained an unused substitute in three of Arsenal’s last four league games.

But despite growing speculation that the Gunners could let him go, Arteta has now emphatically refuted the possibility.

“No, and it is not the moment to talk about that either,” the Spaniard told his weekly press conference when the subject came up.

“We are interested in Nico performing at the level that he can do.

“He had some really good moments since I have been here, some moments where he hasn’t participated that much, like everybody else.”

Whether Pepe will get on the pitch this weekend remains to be seen. Arsenal are looking to bounce back from last week’s 4-0 defeat to Liverpool, which ended an 11-game unbeaten run.

The Gunners host Newcastle in Saturday’s early kick-off, which will also mean a reunion with Joe Willock, who left Arsenal for the Magpies in the summer after 17 years at the club.

This article was originally published on 90min as Mikel Arteta rules out Nicolas Pepe leaving Arsenal.