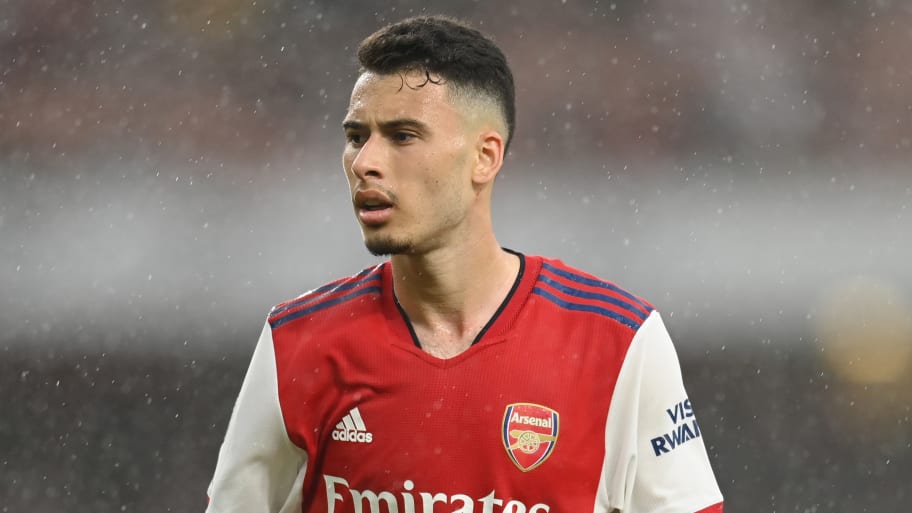 Arsenal head coach Mikel Arteta says he has no plans to let forward Gabriel Martinelli leave the club on loan in January.

The young Brazilian has struggled for game time this season as the Gunners have fewer matches to contend with in the absence of European football, which has led to less rotation from Arteta.

Having started the opening two games of the season, the 20-year-old has not made a Premier League appearance since being substituted in the second of those against Chelsea way back on 22 August, leading to suggestions he may not be part of his manager's plans for the remainder of the current campaign.

However, when asked about Martinelli's future in his pre-match press conference ahead of facing Crystal Palace on Monday, Arteta said Arsenal had no plans to let him leave.

The Gunners boss added that an injury setback may affect Martinelli's involvement against the Eagles.

“Unfortunately he got injured last week," he continued. "It is a minor injury but we don’t know if he is going to be available for Monday but we have a lot of trust with Gabby and we need to find the right space for him to grow within the squad.

“If you look at the number of games that he’s played obviously the injuries that he suffered have been big setbacks on that with him.

“We sometimes forget his age, what he’s done and and where he is and we need to try to help him as well to maintain that balance because you can generate frustration that comes out of, in my opinion, an unrealistic diagnosis and you need time to do that.”

This article was originally published on 90min as Mikel Arteta speaks out on potential Gabriel Martinelli loan.