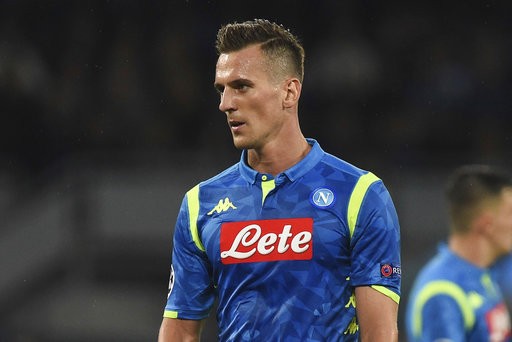 After his injury time chance to send Napoli through in the Champions League ended in failure, Arkadiusz Milik issued an apology for failing to take the chance.

He was introduced as a second half substitute with the Partenopei chasing the goal that would equalise against Liverpool and put them into the last 16 instead.

That opportunity arrived for the Polish forward in the 92nd minute when he lost Dejan Lovren in the area, only to fire his attempt straight at Alisson from seven yards.

“I have to forget about that final chance and you can’t think about these things for long because our next game against Cagliari comes quickly,” he told Sky Sport Italia.

“We have a lot of respect for Napoli and they played a great game at home. It is just a shame about that last chance that fell to my feet. I’m so sorry about it but the next game is coming soon and we must now focus on that.”

Napoli will contest the Europa League in the new year, having finished in third place in the group.