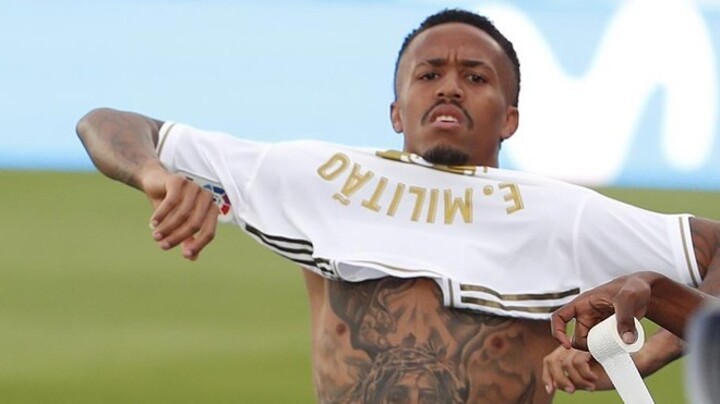 Eder Militao is back in the matchday squad at Real Madrid this weekend having recovered from coronavirus.

The Brazilian is expected to go straight into the starting line-up against Alaves on Saturday, with Zinedine Zidane having just five defenders available, including two left-backs.

Only one of Ferland Mendy and Marcelo can start, though the former has played at right-back before, which leaves three spaces for Raphael Varane, Nacho Fernandez and Militao.

Nacho is set to start at right-back in the absence of the injured duo of Dani Carvajal and Alvaro Odriozola, leaving Varane and Militao to form a partnership at centre-back. Sergio Ramos is still unavailable through injury.

Militao hasn't had the best time of it since the start of the 2020/21 season. He picked up an injury in a pre-season friendly against Getafe which kept him out for a month and a half.

The former Porto defender returned in the middle of October, making his first appearance of the campaign in the 1-0 defeat to Cadiz. He was also involved as Real Madrid were beaten by Shakhtar Donetsk the following week.

After remaining on the bench against Barcelona and Borussia Monchengladbach, Militao came back into the team for the 4-1 win over Huesca at the Estadio Alfredo Di Stefano.

Two days after the match, Militao tested positive for coronavirus, ruling him out of action for at least two weeks while he self-isolated.

Eden Hazard and Casemiro joined him in quarantine over the international break, though they returned to match action sooner.

Militao was finally given the green light to play again on Thursday, so he's only had two training sessions before the visit of Alaves.