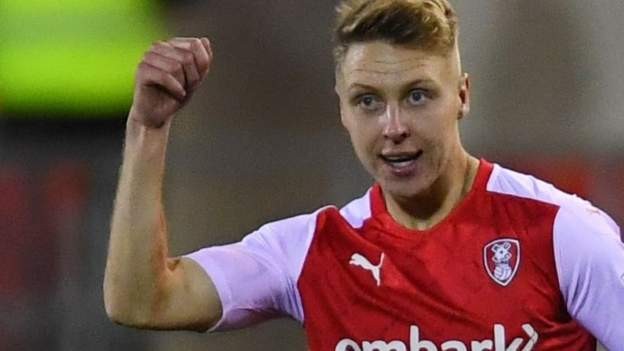 Rotherham cruised to a derby win over 10-man Sheffield Wednesday in a game that was briefly halted by an unauthorised drone flying over the stadium.

The game was stopped for about 10 minutes early on because of the drone and the hosts took the lead soon after the game restarted when Jamie Lindsay reacted quickest to head home after Freddie Ladapo's blocked shot looped into the air.

Owls defender Tom Lees was sent off for pulling back Mickel Miller after he had rounded goalkeeper Cameron Dawson and Daniel Barlaser scored from the resulting penalty, before Lindsay tucked in a rebound to make it 3-0 before half-time.

The Millers had chances to add to their lead after the break but Dawson made saves from Michael Smith and George Hirst.

Wednesday, who started the season with a 12-point deduction, are nine points adrift of safety at the bottom of the Championship and have lost their past three matches.

The game totally went away from them once Lees was sent off in the 39th minute and, though they were more solid after the break, the match was over.

Rotherham had been without a win since the opening day but victory over Wednesday moved them up to 17th in the table.

Ben Wiles (Rotherham United) wins a free kick in the attacking half.

Attempt saved. George Hirst (Rotherham United) right footed shot from outside the box is saved in the centre of the goal. Assisted by Mickel Miller.

Attempt saved. Michael Smith (Rotherham United) right footed shot from very close range is saved in the centre of the goal. Assisted by Joe Mattock with a cross.

Joe Mattock (Rotherham United) wins a free kick in the defensive half.

George Hirst (Rotherham United) is shown the yellow card for a bad foul.

Moses Odubajo (Sheffield Wednesday) wins a free kick in the defensive half.

Julian Börner (Sheffield Wednesday) wins a free kick in the defensive half.