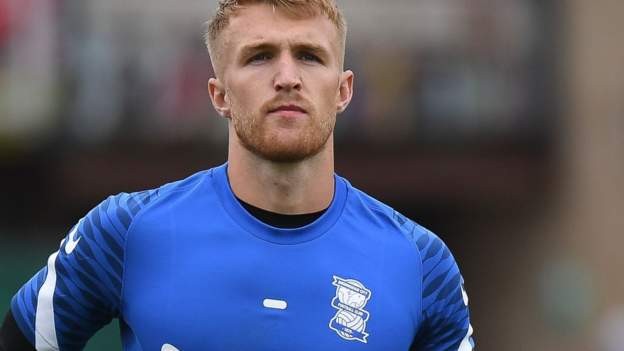 The 26-year-old joins after eight years at St Andrew's where he made 14 appearances.

His last game for Blues came at Nottingham Forest in April, and he has also had loans spells at Oxford United and Swindon Town in the past two years.

"He's a model pro on and off the pitch who's extremely dedicated to the game," said Millwall's Andy Marshall.

"He's already come in and slipped into the position in the goalkeeping department which has allowed Ryan Sandford to go out on loan and develop further," added the Lions' goalkeeping coach to the club website.