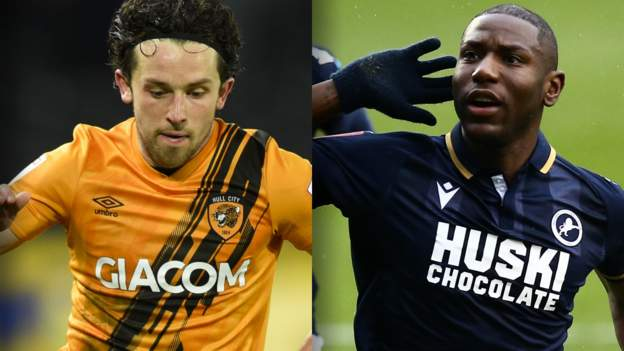 Experienced striker Afobe, 29, has signed a one-year deal having been on loan at Millwall last season.

He continues his link with Lions boss Gary Rowett, who paid a reported £12m for him in 2019 when he was Stoke boss.

Midfielder Honeyman, 27, has agreed a "long-term contract" and leaves despite Hull exercising an option for a one-year contract extension.

In three seasons at Hull, Honeyman scored 10 goals in 127 appearances and helped them win the 2021 League One title.

He began his career at Sunderland where he played in the Premier League, Championship and League One.

Former Wolves and Bournemouth forward Afobe scored 13 goals in 41 appearances for Millwall last season and has played for a total of 10 clubs either permanently or on loan.

The former Arsenal youngster joined Wolves for £2m in January 2015 before moving to Premier League side Bournemouth for £10m a year later.

The pair are Millwall's second and third summer signings after Dutch midfielder Zian Flemming moved from Eredivisie side Fortuna Sittard for an undisclosed fee earlier this week.