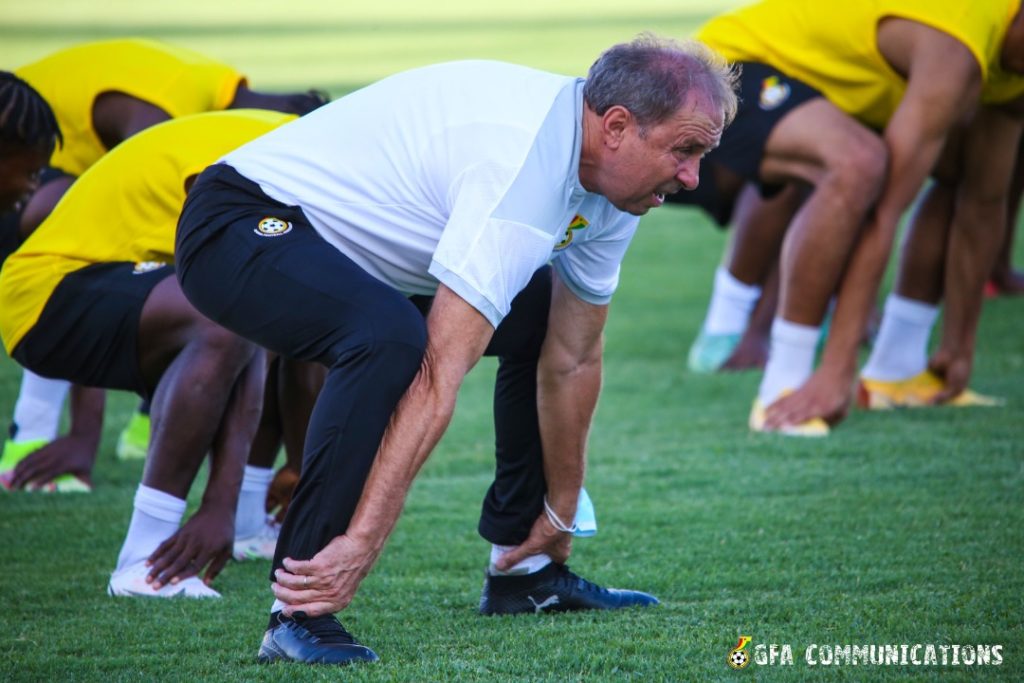 Serbian Milovan Rajevac says he is confident Ghana will achieve great things in his second spell in charge of the African giants.

Rajevac, in an interview with the Ghana Football Association media team on Monday, expressed delight at the positive comments by media, fans and officials and urged them not to stop.

“I can see so many good comments from the media and the fans so they are equally important in this process so the only way we can achieve great things is if we think the same way and know what is our primary target and do everything in our power to achieve that together and I think we are on the right path,” he said.

Milovan has been in charge of the team for almost a month as he got the nod for the second time in October following the dismissal of Charles Akonnor.

He has started brightly, winning the double-header against Zimbabwe to assure Ghanaians that qualification to the 2022 World Cup is possible.

They remain one point behind South Africa but the team’s confidence is very high heading into the final two games in November.

Black Stars will face Ethiopia and South Africa respectively, both games are must wins as six points will be enough to seal the team’s progression to the final qualifying round.

Before Rajevac was appointed, the team had played two games, lost one and won one, and some people had even written off the Black Stars.

But the team has improved greatly in the short period Rajevac has been in charge. They play with confidence and very discipline, evident in the second against Zimbabwe in Harare.

Rajevac in his first spell which lasted for two years between 2008 and 2010 achieved relative success. He guided Ghana to the World Cup qualifiers in South Africa, but that preceded the final appearance at the Africa Cup of Nations in Angola.