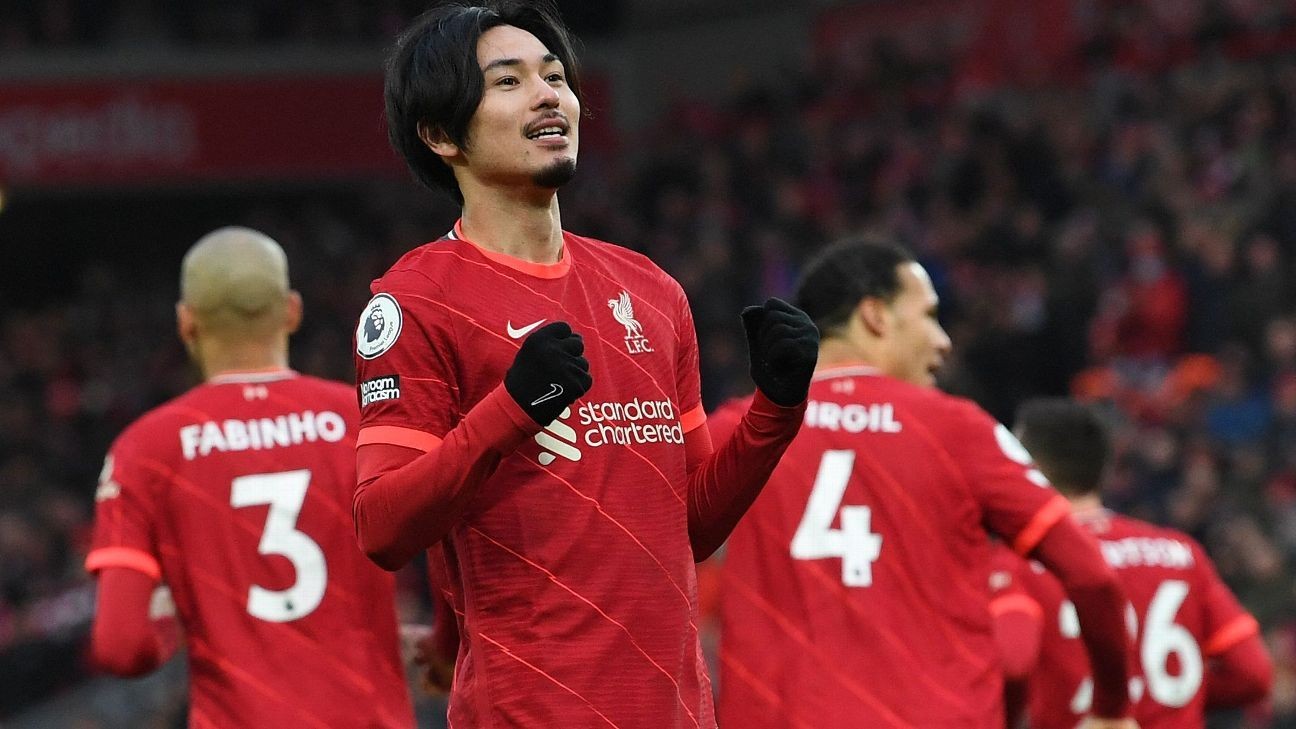 AS Monaco have signed Japan international Takumi Minamino from Liverpool, the Ligue 1 club announced on Tuesday.

The 27-year-old put pen to paper on a four-year contract in France after spending two years at Anfield.

- Preseason schedule: When, where, who Europe's top clubs will play
- Don't have ESPN? Get instant access

Minamino arrived at Anfield in January 2020 after signing for £7.25 million from FC Salzburg but failed to hold down a regular place in Jurgen Klopp's first team.

Last season, he started just once in the Premier League, scoring in the penultimate game of the season against Southampton. The forward scored 10 goals in 22 appearances across all competitions last term.

The arrival of winger Luis Diaz in January further limited Minamino's first-team opportunities, with the Colombian making a hugely impressive start to life on Merseyside. Already this summer, Uruguayan striker Darwin Nunez has been signed in a club-record deal and forward Fabio Carvalho has joined from Fulham to further boost Liverpool's attacking options and compensate for the loss of Sadio Mane to Bayern Munich.

In March, Klopp spoke of the difficulty of consistently leaving Minamino out of his lineup and suggested that a transfer this summer was a possibility.

"It is incredibly hard for him and for me as well because it is really tough these kind of things," Klopp said. "Taki is in an incredible moment.

"It is unlikely with the size of the squad that we now stay exactly like this together.

"For sure, some of the players do not play often enough for their own understanding and we will see what will come in the summer and find solutions for those situation."

Minamino, who spent the second half of the 2020-21 season on loan at Southampton, finished with 14 goals in 55 appearances in all competitions for Liverpool.

Monaco finished third in Ligue 1 last season to earn a place in the Champions League.