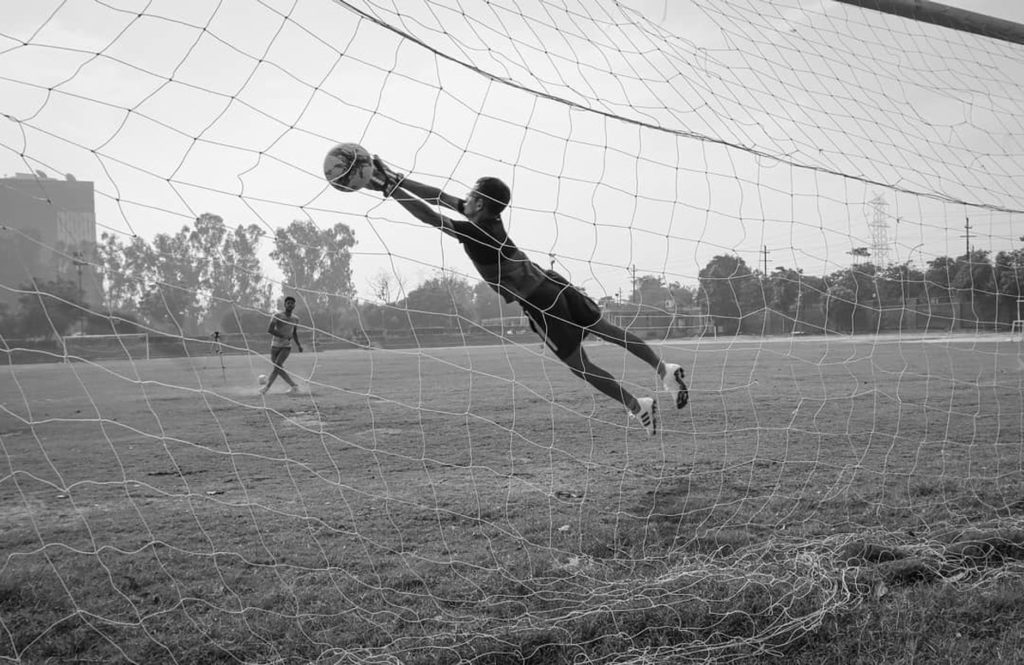 Soccer is the most popular team game globally, and the history of this game goes back many centuries.

Various ball games similar to soccer were played in the countries of the ancient East (Egypt, China), in the ancient world (Greece, Rome), in France ("pas soup"), in Italy ("calcio"), and in England.

The immediate predecessor of European soccer was, in all probability, the Roman "harpastum". In this game, a type of military training for legionaries, the ball had to be passed between two uprights.

In ancient Egypt, a game similar to soccer was known in 1900 BC.

In ancient Greece, the ball game was popular in various forms in the 4th century BC, as evidenced by the image of a young man juggling a ball on an ancient Greek amphora stored in a museum in Athens.

A popular game among Spartan warriors was "episkyros". A ball played with both hands and feet. The Romans called this game "harpastum" ("handball") and slightly modified the rules. Their game was notable for its ferocity. Thanks to the Roman conquerors, the ball game in the 1st century AD became known in the British Isles, quickly gaining recognition among the natives of the Britons and Celts. You may find more samples of essays on this and other historical topics at an essay writer service PaperHelp.

The British proved to be worthy pupils - in 217 AD. They beat a team of Roman legionaries for the first time in Derby.

Around the 5th century, the game disappeared along with the Roman Empire, but its memory has remained with Europeans, especially in Italy. Even the great Leonardo da Vinci, who was characterized by his contemporaries as reticent and reserved in his displays of emotion, was not indifferent to it. In his "biography of the most famous painters, sculptors, and architects," we read: "in his desire to distinguish himself, he found himself not exclusively in painting or sculpture, but competing in the game of foot-ball, a favorite of Florentine young men."

Arising in England. When in the 17th-century supporters of the executed English king Charles I fled to Italy, they became acquainted with this game. After the accession to the throne in 1660, Charles II brought it to England, where it became a game of court. Medieval soccer in England was extremely gambling and rough, and the game itself was, in fact, a wild scramble in the streets. Englishmen and Scots played to the death. The authorities waged a bitter war against soccer, even issuing royal decrees prohibiting the game.

On 13 April 1314 in London, residents read out a royal decree by Edward II, who prohibited the game in the city under pain of imprisonment. In 1365, Edward III's turn was to ban soccer since troops preferred the game to archery. Richard II mentioned soccer, dice, and tennis in his ban in 1389. English monarchs also enjoyed soccer, from Henry IV to James P.

But the popularity of soccer in England was so great that even royal decrees could not prevent it. In England, the game was called "soccer", although this did not happen with the official recognition of the game, but with its prohibition.

At the beginning of the 19th century in Great Britain, there was a transition from "crowd soccer" to organized soccer, the first rules were developed in 1846 in Rugby School, and two years later, they were specified in Cambridge. And in 1857, the first soccer club in the world was organized in Sheffield. Six years later, representatives of the seven clubs gathered in London to work out unified rules of the game and manage the National Football Association.

It was formed in 1863, was developed and the world's first official rules of the game, which received, several decades later, general recognition. Three of the thirteen paragraphs of these rules indicated a ban on handball in various situations. Only in 1871 was the goalkeeper allowed to play with his hands.

Since then, soccer has taken shape into the form we are accustomed to seeing today.

If you like historical and cultural curiosities, we recommend you check this article about the USA's weirdest and funniest college traditions.