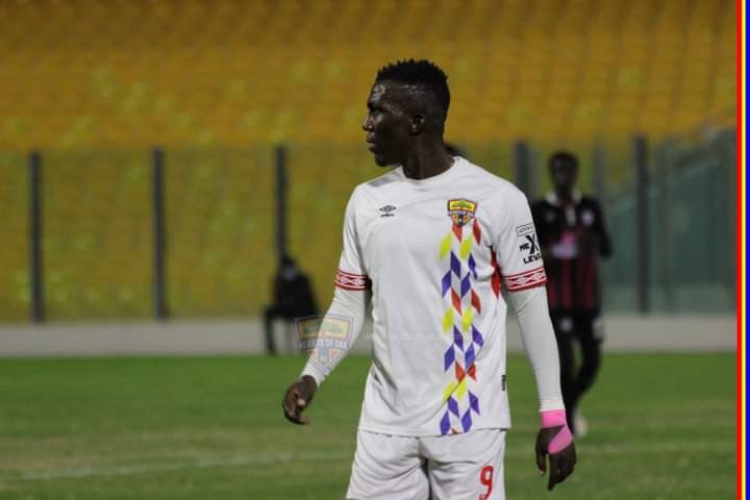 Hearts of Oak striker Abednego Tetteh has implored the club’s fans to remember him in their prayers as he looks to end his goal drought in the ongoing Ghana Premier League.

Tetteh has endured a disappointing start to life with the Accra Sports Stadium outfit.

The towering striker has started two consecutive games since missing their opening fixture against AshantiGold SC due to Covid-19.

In the two matches featured so far, Tetteh has not played beyond the 60th minute mark as he was taken off at half time in the 1-0 defeat against Inter Allies.

The 30-year-old improved his playing minutes in the draw against Karela United FC as he largely underperformed before making way in the 59th minute.

The 30-year-old striker has struggled to register his name on the score sheet for the Rainbow Boys in the first three games so far with the recent failure against Karela United.

The former Al Hilal forward has pleaded to the fans asking for their support and prayers since he's done all he could to get the goals but is just not flowing.

“I'm pleading on the fans to remember in prayers so I can pick my scoring boot. I have been training and doing whatever I have to do as a player but I'm still not getting the goals.”

“I'm begging you to rally behind the team and the players so we can return to winning ways.”

He will be aiming to break his goal scoring drought as they welcome Dreams FC to Accra this weekend in matchweek five of the ongoing Ghana Premier League season.