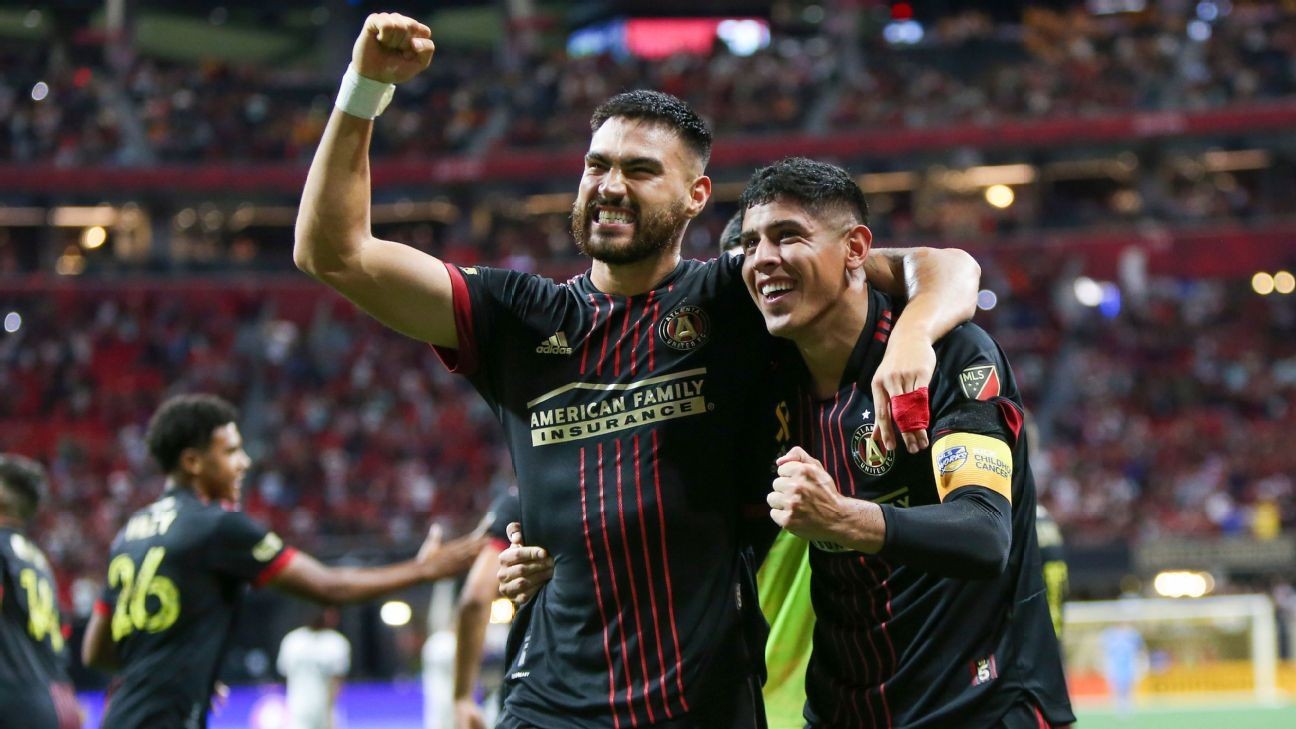 It came about a month late, but we finally have some sort of idea of what the playoff race looks like. The bottom teams are, if not mathematically eliminated, realistically eliminated and we know who is really fighting for a postseason berth.

In the East, the New England Revolution have a great chance to jump above the line and Inter Miami are still clinging to their puncher's chance. In the West, the LA Galaxy and Seattle Sounders are desperately trying to make their way into the playoffs and might just do it.

That is the playoff race. It makes sense. It is reasonable to track. It doesn't require hundreds of permutations. It's a proper fight. Finally, we understand what it looks like. As for, well, the entire league? Let's rank 'em.

Only scoring five goals to beat Orlando? They're slipping.

Another week, another comeback, this time against Columbus for a draw. But if they wanted to stop needing comebacks so often, that'd probably be a good idea.

LAFC lost, again. And that's bad. But the only thing you can really take from their defeat in Dallas is that getting a 13th minute red card is not a good move because that basically decided the match right there. So no more 13th minute red cards, OK?

Paul Arriola, rightly, got a ton of credit for his clever quick free kick to set up Dallas' equalizer in their 2-1 win over LAFC, but, man, is Jesús Ferreira's finish absurdly good. He's at that place now where he's finishing with such ease that you sometimes miss how difficult some of it is.

Remember when Verde solidified their standing as cup contenders by annihilating LAFC? They've lost three in a row since by a combined score of 8-1, after Seattle handled them over the weekend. That's not very contender-y.

Losing in Portland is not worrying, especially with Emanuel Reynoso out, but three straight losses -- all without a goal -- is.

While the spotlight is on the red hot Union, the Red Bulls have been quietly hitting their stride too. An ultra rare home win over the Revs gives them 13 points from their last six matches.

Straight up, NSC got beat bad by the Galaxy, but sometimes teams are in great form so the gods look kindly upon them and bequeath to the team an undeserved point. Nashville are the proud owners of one right now.

The problem with being the team that magicks wins is sometimes your powers forsake you so you draw D.C. at home.

Are the Timbers the team that has won four straight and are picking up the best results in the West? Or are they the team constantly in close games riding an unsustainable string of one-goal victories? After beating Minnesota, 1-0, what they are is not only a playoff team, but with a chance to grab home-field to open the playoffs.

There's no good way to lose 5-1, but they were in Philly so it was really a question of what level of pain would the Lions be dealt.

Getting a point in Montreál? Excellent. Blowing a late two-goal lead? Very bad. Split the difference and the Crew get a passing grade that their parents have made clear is not good enough.

It was always likely going to be too little, too late when TFC signed Federico Bernardeschi and Lorenzo Insigne. Not only did they have a giant hole to climb out of in the East, the defense sure as hell wasn't going to help build the ladder. And after losing to Atlanta, 4-2, we can safely say that TFC are done.

Luciano Acosta scored, which was nice, but more impressive were his three assists in a 6-0 win over San Jose that took him up to 18 on the season.

FC Cincinnati's Brenner finishes the match with three goals in the second half.

Chicharito is, statistically, an indefensibly bad penalty taker. A week ago, the Galaxy missed out on three points because of a hilariously badly taken panenka. So what did they do this week? They let him take another one. That is why they left Nashville with one point instead of three and they could be watching the playoffs from home because they kept letting Chicahrito take penalties they knew he shouldn't be taking.

Just when you think you're finally out on the 2022 Sounders, they whoop Austin and suck you right back in.

Inter's abysmal away record took another hit, this time in the hostile environs of Chicago's SeatGeek Stadium.

The Revs' playoff chances took a big blow with their loss to the Red Bulls, but three of their last four games are against teams out of the playoff race and the fourth is at home. Three points out with four to play and they're the favorites to get in? Honestly, they might be.

Lewis Morgan scores penalty goal to give the Red Bulls the lead in the 78th minute.

There's something there in SKC having their worst season ever under Peter Vermes and traveling to Houston for the first game since the Dynamo fired Paulo Nagamura, Jimmy Nielsen and Chris Martinez, all of whom had extensive history with Vermes in Kansas City. I have no idea what that something is, but the uninspiring scoreless draw that they played to is probably part of it too.

To be clear, Charlotte are not going to make the playoffs, but there are four games left in a season that saw their manager basically throw the roster under the bus in preseason, every Designated Player underperform, a midseason managerial chance and a complete inability to play away from home, and they are still mathematically alive for the postseason after beating NYCFC. Their kids are going to play in late season, meaningful games. As far as disaster seasons go, this one is distinctly un-disastrous.

The answer to the Five Stripes long standing problem of, "Who will be the ace goal scorer?" is... JJ Purata? Nothing says a season of confusion like your centerback becoming the goal scorer you've been searching for with a hat trick to beat Toronto.

The Rapids beat the 'Caps and confirmed that if they could play every game at home against non-contenders, they'd be a pretty competitive team.

Credit to the 'Caps, who have not been afraid to try a lot of things this season. Players, formations, styles -- they've tried it all. Unfortunately, none of them have worked very well, just like nothing worked in a loss to Colorado.

In another edition of "It's A Shame They Did So Well To Start The Season Because This Team Absolutely Does Not Deserve A Playoff Spot," NYCFC lost to a Charlotte team that played more than a half-hour with 10 men.

They beat Miami and are technically still in the playoff race. That's pretty good. But they also avoided playing a day later while Chicago was flooding. That's very good.

The Quakes are (and have been) at the point in the season where you just hope their losses are competitive. 6-0 to Cincy is not competitive.

For years, Houston vs. Kansas City was a battle for a spot in MLS Cup. On Saturday, it was a chance to create a very long list of what Pat Onstad got wrong in 2022; a list that was not yet complete when the referee blew the whistle on a scoreless draw.

After a draw at RSL, D.C.'s results aren't really any better under Wayne Rooney than they were before, but it just feels better, doesn't it? And after the way the season started, better vibes matter.