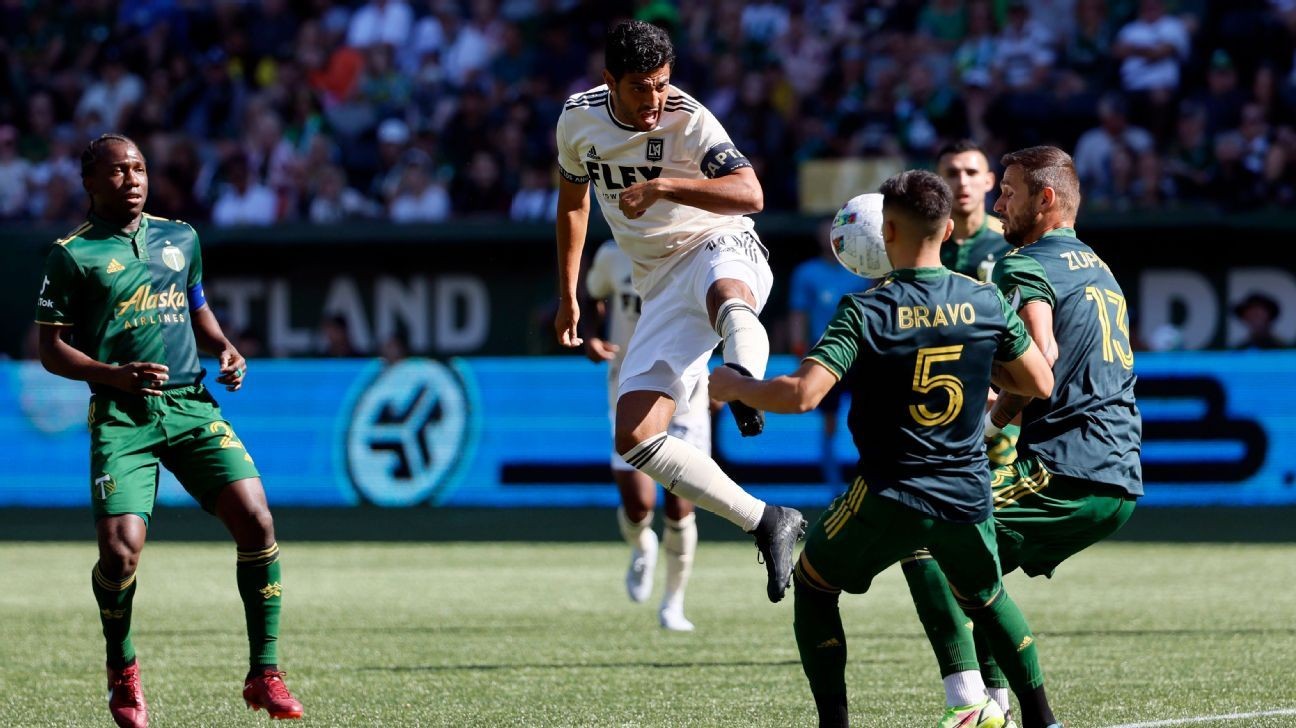 It has come down to this. Every Major League Soccer team has played 33 games (except the four in action on Wednesday who have played 32) and Decision Day is upon us (stream Sunday's matches on ESPN+). The Supporters Shield has been awarded, as has the Wooden Spoon.

Nine of 14 playoff spots are spoken for and nine teams have a chance to take the remaining five. That means MLS is nice and orderly, and still altogether on the precipice of chaos -- just how we like it.

The East is tasty because five teams are playing for three spots and four of them square off on Wednesday. The possibilities are endless. The West is far more straightforward, but no less anxiety inducing. The Portland Timbers will play Real Salt Lake and Minnesota United will host the Vancouver Whitecaps-- winners go to the playoffs.

Who's ready to get rowdy? But before we dive into Decision Day and fixate on "the line," let's rank 'em all for the final time in 2022.

There's no way to explain Philly getting absolutely ransacked by Charlotte, so let's say they were distracted by all the football lines on the pitch and move on.

Don't look now, but Montreal could be the East's top seed after beating D.C. without Djordje Mihailovic and Romell Quioto. And seriously, don't look. That's how Wilfried Nancy and Co. like it.

A loss in Vancouver means they've won just one of their last six. There's not a lot of evidence that momentum carries over to the playoffs in a meaningful way, but they'd probably prefer to go into playoffs with something that resembles decent form.

Losing to Colorado won't matter much if they manage a result on the final day to secure a home playoff game, but they still have to get that point.

NSC have only six wins at home this season, tied for the fewest in the West, so we must ask: Is GEODIS Park cursed? After Hany Mukhtar's long distance shot at an open goal missed because it bounced too hard off the turf and hit the crossbar, leading to a loss against Houston, the clear answer is yes.

Seattle's remarkable playoff streak is over, but RBNY's isn't. Despite a loss to Columbus over the weekend, this will be the 13th straight year the Red Bulls play postseason soccer.

They played LAFC pretty evenly and were beaten by a moment of magic, but that won't be much solace if they lose in Salt Lake next week and watch the postseason from home. There are no more moral victories so that was just an (admittedly harsh) loss.

Congratulations to those Cincy fans on giving up their three-year stranglehold on the Wooden Spoon. They might even celebrate with a playoff spot, but their home loss to the Fire won't help.

The Crew were minutes away from their season functionally coming to an end, but Derrick Etienne gave them CPR with goals in the 89th and 93rd minutes to beat RBNY, 2-1. Now all they have to do is go win a second straight game for the first time all season.

Their loss to NYCFC means they get to finish the season against Miami and Columbus with a single win getting them into the playoffs. Controlling your own destiny and having a mulligan? The Lions would have gladly taken that in February.

There is a decent chance that the difference between RSL making the playoffs and watching them from their couches is two unmarked, stoppage time headers in the six-yard box on Saturday. They missed them both, lost to the Galaxy and may spend the next four months thinking about them.

Does Gonzalo Higuain -- who will retire at season's end -- have only two matches left in his career or can Inter extend it with a postseason game or four? After scoring late to beat Toronto for his 12th goal in the last 14 games, it sure seems like he wants to play a little longer.

After months of watching teams' postseason dreams turn to nightmares at Children's Mercy Park, it was only fitting that the Sounders' playoff streak was officially ended by SKC.

The Loons didn't get beat by the Quakes -- they got smoked. And now they've taken just one point from their last six games, putting them a Decision Day loss from a historic collapse that keeps them out of the playoffs. All that stands between them and ignominy is 90 minutes at home against a Whitecaps team that has won two games on the road all season.

Ah yes, the Whitecaps -- a not-very-good team that is somehow one win away from a playoff spot after beating Austin. On one hand, the match away from Vancouver, where the 'Caps have been putrid. On the other hand, it is against Minnesota, who have been awful for weeks no matter where they play. And one of these teams has to make the playoffs!

Charlotte just wanted to matter in Year 1 and while this may not have been the way they imagined it happening, Daniel Rios scoring four to eliminate red hot Philly from the Supporters' Shield is way to matter. Plus, they are still somehow still alive for a playoff spot.

Knock, knock. Who's there? NYCFC. Don't look now, but the Pigeons are alive! They beat Orlando for their second straight win and it looks like they might have a pulse for the postseason.

It's no surprise that TFC have struggled. Their squad lacks balance, to be kind, but getting shut out at home by Miami for their second straight scoreless outing? That is surprising.

They beat Dallas for their 10th home win of the season, second-most in the West. If only they could have won more than one road game.

The Sounders are officially not going to the playoffs after drawing Cincy and losing to SKC. For the first time since joining MLS, their season ends early and, maybe more incredibly, they will play an inconsequential game next weekend for the first time. 14 years of exclusively meaningful soccer is a hell of a run.

Lesson from their win over Atlanta: it's good when Gustavo Bou does stuff.

It's too bad Josef Martínez didn't save his audacious bicycle kick for the finale because, if this is it for him in Atlanta, he deserves to leave the Five Stripes with a goal like that in front of his adoring fans. It was also a little too on the nose that it came in a 2-1 loss.

After a win in Nashville, the Dynamo have now played five weeks of competent soccer. Their season was long over, but that's not nothing.

The Quakes wish most everything about 2022 had gone differently, but Shea Salinas scoring in his last ever home game? That is exactly what was supposed to happen in a win over the Loons.

If you're going to be forced to play out a disappointing season, dealing Cincy a major blow behind the performances of young stars Jhon Duran and Brian Gutierrez is a good way to do it.

D.C. United's trophy case grew with their loss to Montreal. They are officially Wooden Spoon winners!