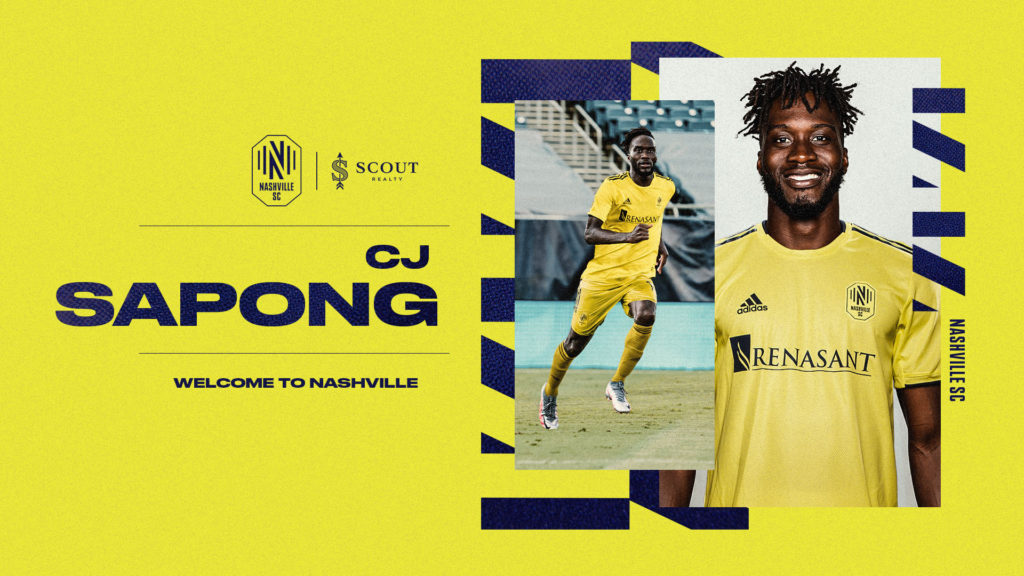 Sapong is set to join Nashville on a two-year deal with an option for a third year as the club continues to bolster its rosters ahead of its second MLS season.

"His athleticism and tenacity, coupled with his versatility to play multiple roles across the front line, makes him a handful to play against. He also adds to an attacking corps that really caught fire towards the end of our first season when we had our full complement of players. His addition only enhances that group."

The 32-year-old has a 10-year MLS experience with 276 MLS appearances, 71 goals and 25 assists, the veteran striker joins a nucleus of attacking options for Nashville.

Sapong spent the last two years at Chicago Fire FC where he scored a team leading 13 goals in 32 appearances in his first season in 2019.

In 2017, Sapong registered a career-high 16 goals in the regular season, which remains the most goals scored in a regular season campaign by any player in Union history, and led the team to two separate US Open Cup Final appearances.

Sapong spent four seasons with Sporting Kansas City also having brought home the 2013 MLS Cup and the 2012 US Open Cup.