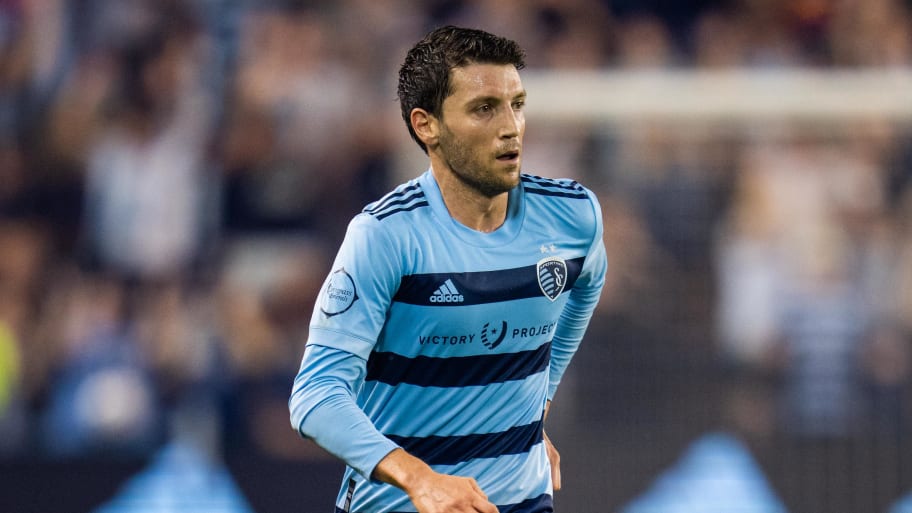 The 2022 MLS season is fast-approaching and the transfer market is starting to getting busy.

The departures of Ricardo Pepi and Daryl Dike, and Toronto FC's remarkable capture of Lorenzo Insigne have stolen the headlines, but they represent the tip of the iceberg as rosters are reshaped and head coaches go in search of that all-important MLS experience.

Here are the deals you might have missed from Wednesday...

Eduard Atuesta was destined to leave LAFC this winter, but few expected him to go to Brazil. Regardless, he left a big hole in the Black and Gold midfield that needed filling.

Ilie Sanchez should go a long way toward doing that, arriving on a two-year contract via free agency after his five-year spell with Sporting Kansas City came to an end.

The Spaniard - a product of the Barcelona youth system - is a classy ball player and steady defensive presence. In a league where experience is more than just a trope, Sanchez offers plenty, with 144 MLS games under his belt so far.

“Ilie is a player I have long admired not only for his ability on the field but also for his character and professionalism, which make him a great fit for us,” LAFC co-president and general manager John Thorrington said in a press release. “We trust these qualities will help LAFC in our commitment to winning on and off the field for years to come.”

Speaking of MLS experience, the often undervalued Scott Caldwell has played 229 times in this league during the regular season alone. He wasn't the most renowned of the New England Revolution's 2021 Supporters' Shield winners, but ask any of his coaches or teammates and they'll tell you just how important he was.

After leaving the Revs, Caldwell now finds himself with Real Salt Lake signing a two-year contract in Utah.

“We have long admired Scott for his quality on the field and professional approach to the game,” RSL general manager Elliot Fall said in a release. "When he became a free agent this year, he was a natural target for our club. He brings another excellent option to our midfield, as well as long-term experience in a proven, winning environment.”

It can't have been easy leaving the Revs behind given the midfielder was the club's second-ever homegrown player. But Caldwell is "fired up" for a new challenge.

“I’m excited to start this new chapter in my career with RSL this season,” he said. “I can’t wait to start training with my teammates and working with Pablo, Matt and the entire coaching staff. I’m fired up to win games for this city and for our fans.”

Caldwell was one of two midfielders they brought in on Wednesday, also signing Julio Benitez to a homegrown contract through 2025.

The 16-year-old has progressed well through RSL's youth system and though it may be a little early for him to jump straight into MLS action, he's one to watch for the future. His two caps for the United States at U-15 level are evidence enough of that.

“Julio has proven himself to be an exceptional talent in our club since the day he arrived in the academy,” Fall said of Benitez. “He embodies what we strive to develop at our club – athletes who excel on the field and, more importantly, off of it. I have no doubt that Julio will have a positive impact on the field and in our community for years to come.”