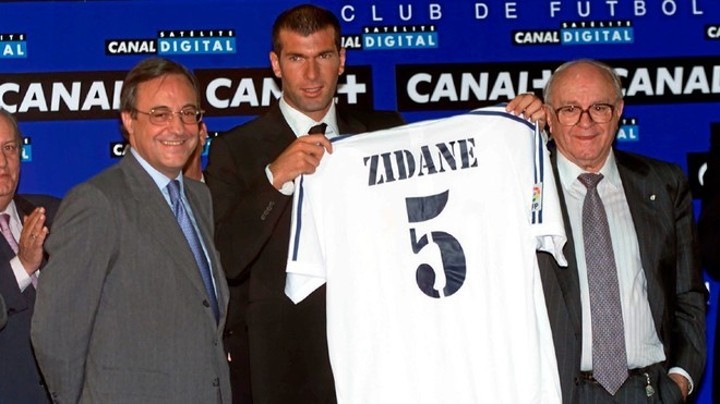 Zinedine Zidane was desperate to make the move from Juventus to Real Madrid despite the Italian club making it clear they were against the move, former general director Luciano Moggi has revealed.

Recalling the move in 2001, Moggi explained how he tried to put a halt to the transfer.

"I took Zidane out of the dressing room after a game against Atalanta, when he was pressuring us to go to Spain, and I told him to tell Florentino Perez that I wouldn't let him leave," he told Juventibus.

"Florentino understood that to have him he would have to pay an amount of money that he wasn't thinking about."

Zidane's pressure worked in the end, though, and on July 9, 2001, he was presented as a Real Madrid player.

He cost 11,500 million pesetas (75 million euros) to become the world's record signing, but would prove to be a good investment.