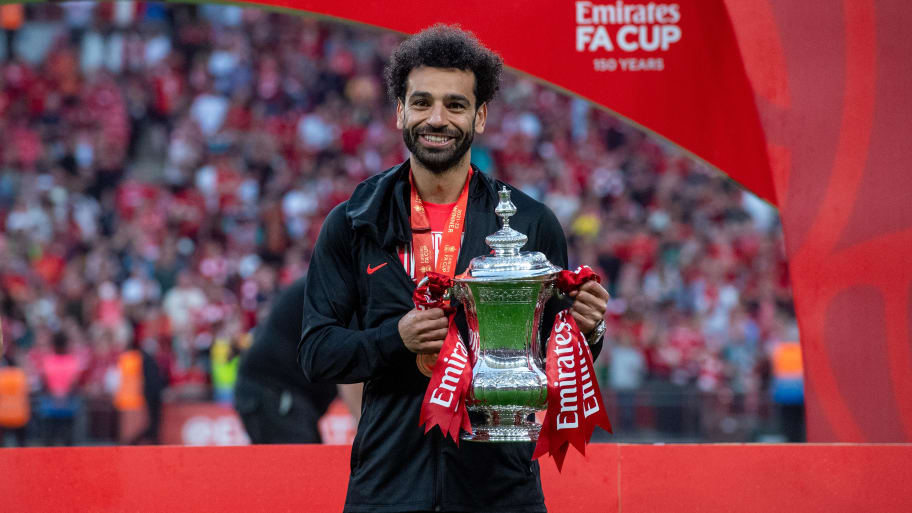 Mohamed Salah is not concerned about missing the Champions League final after limping off with an injury in Saturday's FA Cup final victory over Chelsea.

The Liverpool man went down off the ball just half an hour into the tie and had to be replaced, with his side going on to secure the victory on penalties without him.

Tests will obviously have to be done on Salah's injury to determine its severity, but with just 14 days between this final and the Champions League final against Real Madrid, it's safe to say that fans are sweating a bit.

Salah was asked for an update after the game. When asked by AS whether he would be fit for the European final, he simply replied: "Of course."

He does still have two Premier League games before that crunch clash - against Southampton and Wolves - and it remains to be seen whether Salah will sit them out as Liverpool attempt to play catch-up to Manchester City in the final days of the title race.

Manager Jurgen Klopp did not appear too concerned by Salah's injury, telling ITV: " Mo came and I had to make a decision. He said, 'I could carry on, but I felt a little bit.' So I took him off.

"We have the squad. I hope he will be fine."

Klopp is also hopeful about the fitness of defender Virgil van Dijk, who was taken off after 90 minutes after picking up his own injury.

The Dutchman has confirmed that he doesn't think it's anything to worry about, but he will also be sent for further tests.

This article was originally published on 90min as Mohamed Salah: 'Of course I'll be fit for Champions League final'.