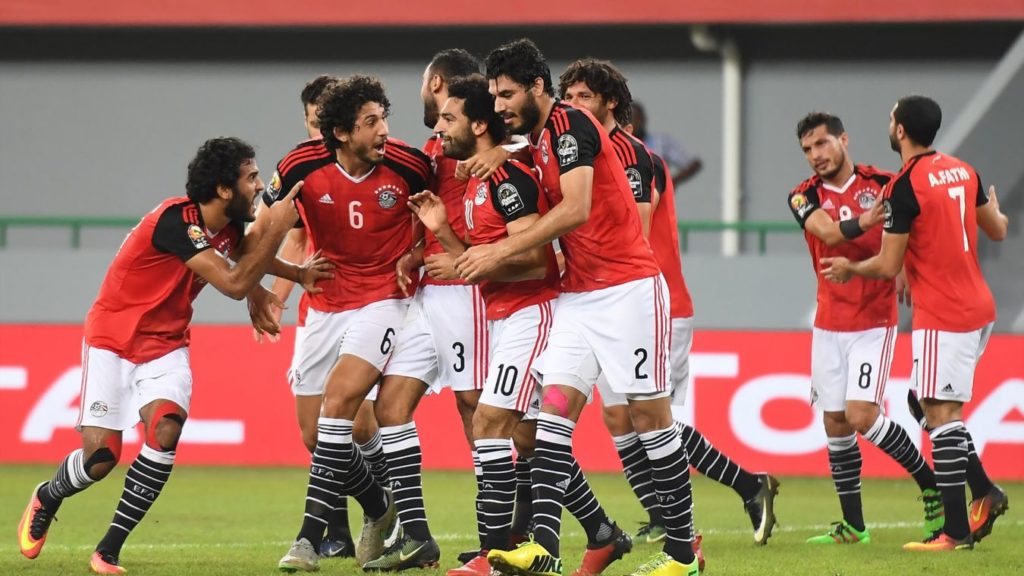 A brilliant free-kick from Mohamed Salah was enough to give Egypt victory over Ghana; they win Group D and will face Morocco, while Ghana must now play DR Congo.

Egypt started the match in the ascendancy and then on 10 minutes won a free-kick 20 yards out, just right of centre. Though the Ghanaian wall left much to be desired, that could not detract from the purity of Salah's strike, lashed with extreme violence high into the net while Brimah Razak hopped the other way.

Thereafter Ghana were the better side but created little in the way of clear-cut chances. They also lost Asamoah Gyan to injury and with it their attacking focus; they will be desperate for him to make the quarter-final.

The second half was similar to the second half of the first, Ghana dominating possession and Egypt threatening on the break. Ghana came closest when Christian Atsu danced into some space, only to be denied by a bobble; it is rumoured that CAF will move the Egypt-Morocco game away from Port Gentil, and with good reason.

Either way, it would not be surprising to see both of these sides eliminated in the next round, nor would it be to see them progress. Both are reasonable, but equally, both lack the class and cohesion of the likely winners.

Does Avram Grant know what he's doing? Ghana made four changes to their starting XI for this game, by the look of things, not to rest and rotate. And again, they played well enough, but again, they struggled to create. With the attacking talent at their disposal, that is not good enough.

MAN OF THE MATCH

Mohamed Salah (Egypt) Did nothing in the game but score a fantastic winning goal - in the context, more than enough to make him the game's outstanding player.

9’ - Mensah loses possession to Salah just outside the box and El-Said snaffles the loose ball, chapeauing Boye, who promptly brings him down. Free-kick Egypt, just outside the D, just right of centre, Salah behind it.....

10’ - WHAT A GOAL! WHAT-A- GOAL! Egypt 1-0 Ghana (Salah) he keeper hops left right as Salah absolutely annihilates a drive to his right, no curl, no swerve, no knuckling, no nothing, still rising as it hit the net. That is a vicious, violent, vonderful goal.

41’ - So close Ghana! They win a free-kick down the right and this time, Atsu whips over a brilliant cross to the back post, where Amartey runs away from Trezeguet. But Trezeguet does very well to pull his shorts, meaning he arrives just a split-second late after shaking him off, hurling himself at the ball but heading just over the top.

42’ - Egypt come forward immediately, Trezeguet speeding along with the ball and crossing low into the middle, whereupon Mohsen lays back to Elneny. He opens his body to curl a low sidefooter into the corner, but Boye does well to get a foot in and block.

63’ - Atsu is coming on a game, moving inside again before snapping a reverse-pass into the box for Jordan Ayew, he takes it well too, but Gabr comes back at him and times a perfect sliding tackle, conceding a corner which comes to nowt.

90’ - Lovely from Jordan Ayew, taking the ball across the face of goal from right to left, leaving Hegazy trailing behind before chopping back inside onto his right foot and lashing a shot that's straight at El Hadary and at a nice height too.

Egypt are the only team in the competition still to concede a goal.