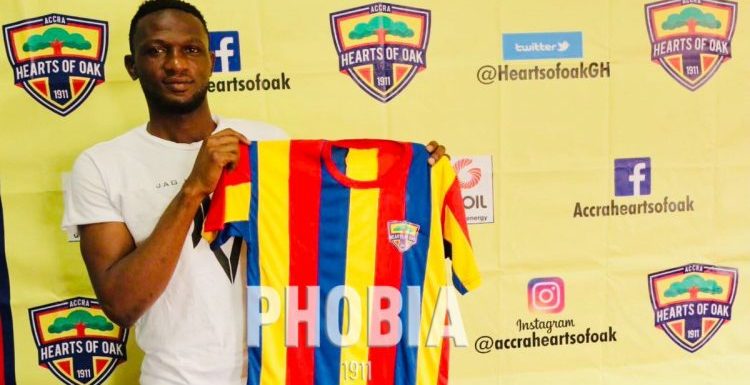 Stalwart Hearts of Oak defender Mohammed Alhassan has praised the 'motivational' Kim Grant for helping him improve his football after earning a Black Stars call-up.

The former WAFA defender was named in coach Kwesi Appiah's 29-man provisional squad for the pre-AFCON camping in the United Arab Emirates.

"Kim Grant has helped to improve my performance this season," he told Kickgh.com.

"Looking at the series of training the coach has taken us through. His motivational speech during competitive matches has also help."

"He (Kim Grant) knows his job very well. He's a fine coach to work with. I doff my hat for him."

Mohammed Alhassan has had an outstanding season with the Rainbow club, helping them reach the semifinals of the GFA Special Competition after topping Zone B.

The 27-year old will travel with the national team to Dubai on Saturday, where the team will be pruned to 23 players for the tournament in Egypt this June.