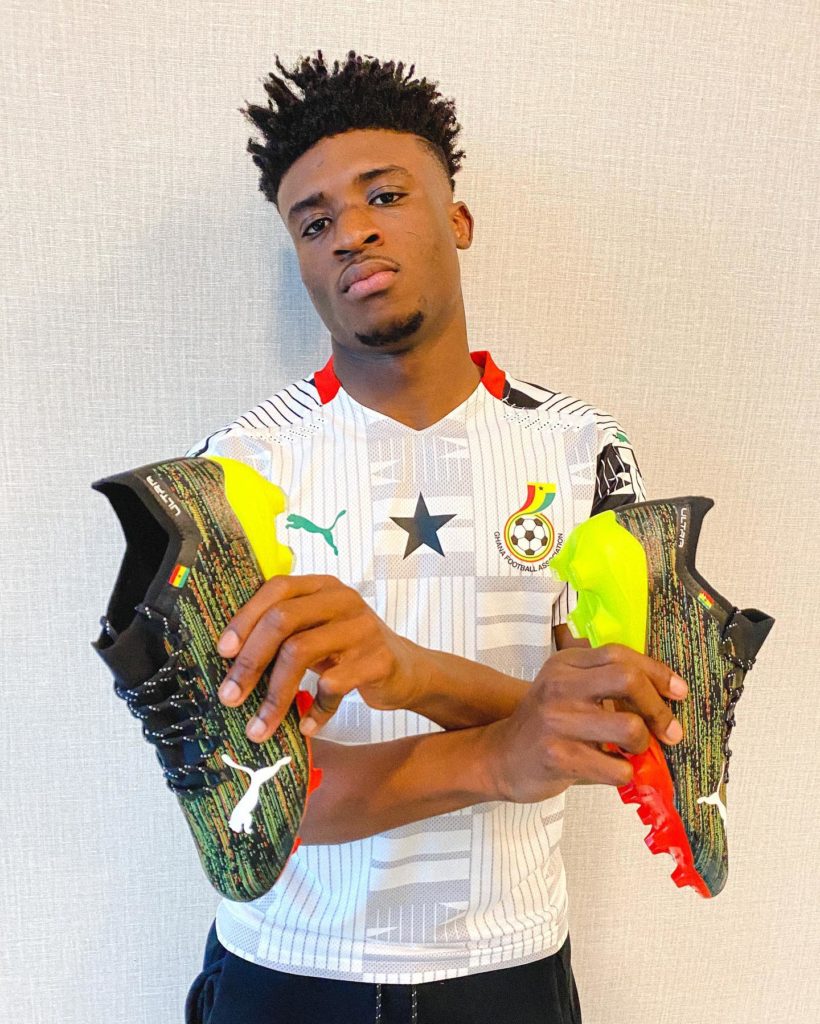 The 20-year old in a post on his social media page announced his union with the German kits manufacturers.

Wanna Stay Royal?? It’s nothing but @Puma Buzzing for this union & sparked to join the @pumafootball FAM, lt’s a cat royals affair @puma & @bazak.i let’s do this!"

PUMA will provide the 20-year-old with their apparels such as boots, kits and free shopping every month plus an undisclosed fee.

The Ghana FA in a post have also confirmed that the Black Stars player has joined the official kit sponsors of the national team.

The former Nordsjaelland star scored over the weekend for Ajax in their 4-2 win over Sparta Rotterdam in the Eredivisie.