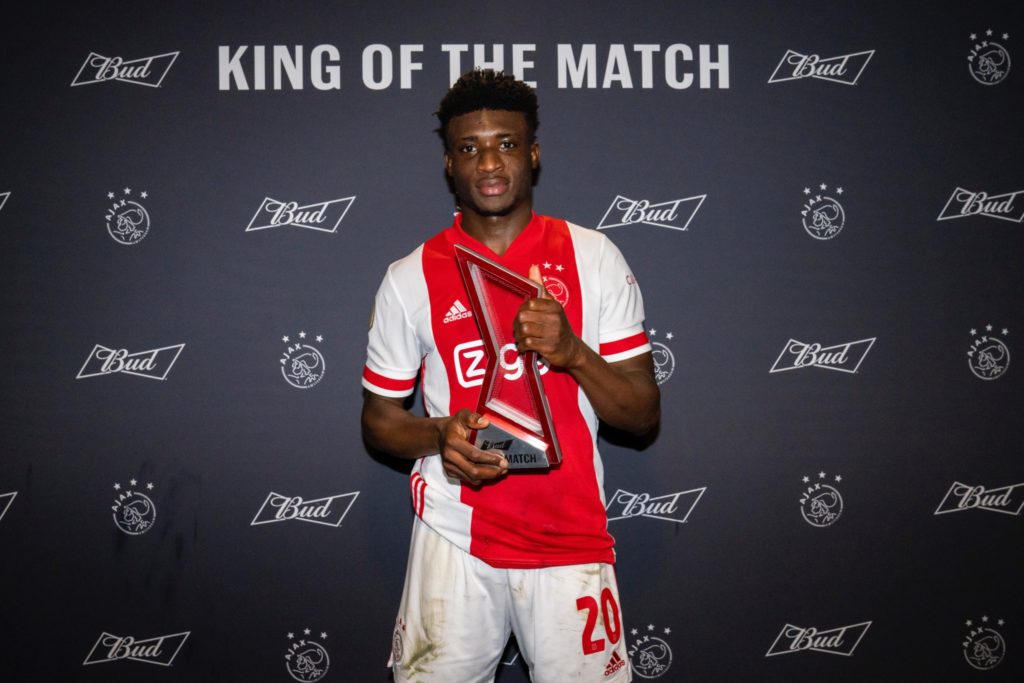 Ghana superstar Mohammed Kudus has been named in the De Telegraaf's Team of the Week for the third time this season after inspiring Ajax Amsterdam to victory.

The Dutch giants trounced SC Heerenveen with a resounding win 5-1 at the Amsterdam Arena on Sunday in the Eredivisie.

Kudus put in sparkling performances in the game as he set up two of the goals and also scored the 3rd goal.

The former Ghana U17 and U20 star assisted Dusan Tadic to open the scoring in the 4th minute.

He got himself onto the scoresheet ten minutes from recess after connecting a pass from Ryan Gravenberch following an excellent team effort.

Kudus set up Brazilian forward Antony dos Santos with a silky pass in the 87th to seal the victory for Ajax.

He was named man of the match for masterminding the emphatic victory for Ajax.