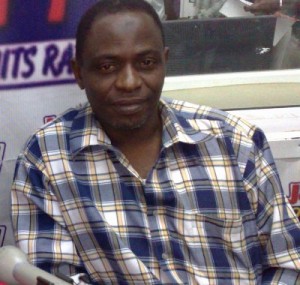 Ghana legend Mohammed Polo has rejected suggestions that he is the best player ever to have played for Accra Hearts of Oak who turned 100 on Friday.

Polo earned himself a cult status at Hearts of Oak after several years of exceptional performances for the club.

Pole, tagged ''the dribbling magician'', was the inspiration behind the famous 'Fearsome Fivesome' in the mid 80s.

Some fans of the club pointed Polo as the club's most influential player of all-time.

The 1978 African Nations Cup winner told GHANAsoccernet.com there could be other players who could match his level at the club.

"I cannot say I am the all time best player because there were also others who did exceptionally well," Polo said.

"For instances during the era of the 'fearsome fivesome', there was Mahama Acquah and other players who were also great," he added.

Polo has made claims that he was better than Barcelona's Lionel Messi during his hay-days at Hearts of Oak.