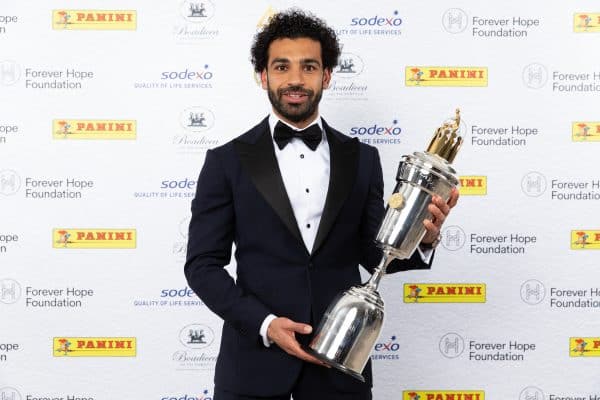 Ghana midfielder Kwadwo Asamoah has lavished adulation on Egyptian playmaker Mohammed Salah but says he is not at the level of Cristiano Ronaldo and Lionel Messi.

Salah swoop every award available before him in England following a remarkable season with Liverpool in the just ended English Premier League - claiming the top scorers accolade with 32 goals and was also adjudged as the PFA Player of the Year.

Following his terrific campaign, a section of football pundits has believes he reached the status of Ronaldo and Messi, with some even claiming that he will be a deserving winner of this year's World's Best Player gong.

However, despite hailing the achievements of the former AS Roma ace, Asamoah was quick to quell off the Messi-Ronaldo comparison.

“Mohamed Salah has performed creditably well in the year under review but I don't think he has reached the level of [Lionel] Messi and [Cristiano] Ronaldo,” Asamoah told Atinka FM.

“We’re all proud of him and I’m not really surprised with how he has performed this season because he has previously exhibited such potentials [only that the goals have been many thanks before],” he added.

Salah will have another opportunity to exhibit his qualities at the highest stage as he is part of the Egypt squad that will play in the 2018 Fifa World Cup holding in Russia.