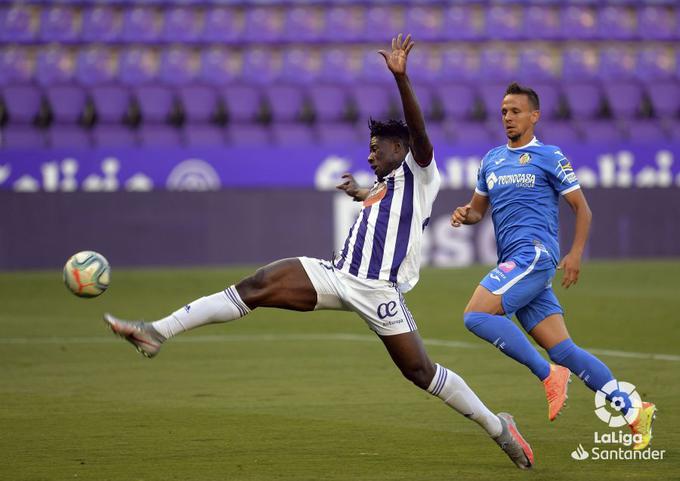 Ghana defender Mohammed Salisu could play for Real Valladolid Promesas when they FACE Barcelona B in the promotion play offs.

The defender who was promoted to the first team this season might make an appearance for the reserve team following their important clash against the Blaugranas.

Salisu has been an important member of the Real Valladolid first team this season, making 30 appearances for the Purple and Whites.

But the clash with Barcelona B in the youth league is tipped to be fiercely contested with the Catalans dropping Ansu Fati and Riqui Puig for the highly anticipated fixture.

Salisu is under 21 making him eligible for Javier Baraja's side.

The swashbuckling defender was close to moving to France to join Stade Rennes but it is believed the Ghanaian youngster prefers a move to England.

The 21-year old has a buy out clause 12 million Euros with his current contract set to expire in June 2022.