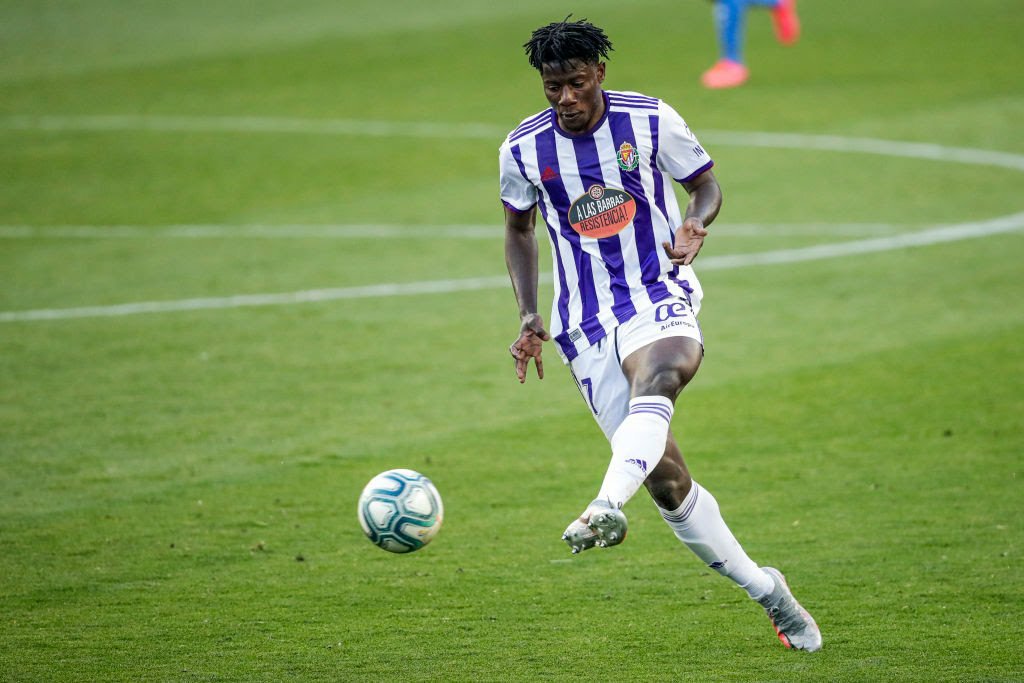 Ghanaian defender Mohammed Salisu has flown to England to complete his move to premiership side Southampton FC according to reports in the UK.

Salisu, a 21-year-old central defender who only made his professional debut last August, is expected to join in a £10 million move from Real Valladolid.

The youngster emerged as one of the breakthroughs in the Spanish top-flight this campaign, only his debut season.

Sources close to the player say he will sign a four-year deal with the Ralph Hassenhüttl side in the coming days after a completing his medicals.

Salisu made 31 appearances for Valladolid in the La Liga this season where he scored once and also assisted once.

There were many suitors for the young defender's signature but it appears the Saint Mary Stadium will be his next home this summer.