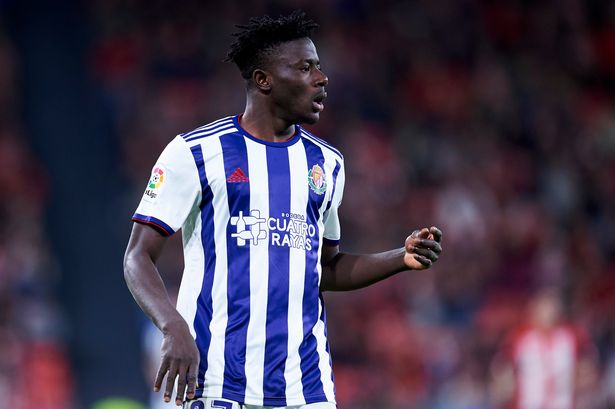 Real Valladolid defender Mohammed Salisu has been linked with a move to La Liga rivals Real Sociedad ahead of the January transfer window.

The Ghana international has been spotted by the club as the ideal solution to defensive problems this season.

Real Sociedad are left with only one central defender- Robin Le Normand- after injuries and poor form by the other center backs.

Salisu's impressive performances has seen him attract interest from Sevilla and clubs from England, including Manchester United.

Meanwhile, Real Sociedad will have to prepare an amount of 12 million Euros to trigger the 20-year old's release clasue.

Mohammed Salisu has made 18 appearances for Real Valladolid this season, scoring a goal for the club.

His performances earned him his first call up to the senior national team of Ghana but failed to make his debut because of an injury he picked at the eleventh hour.