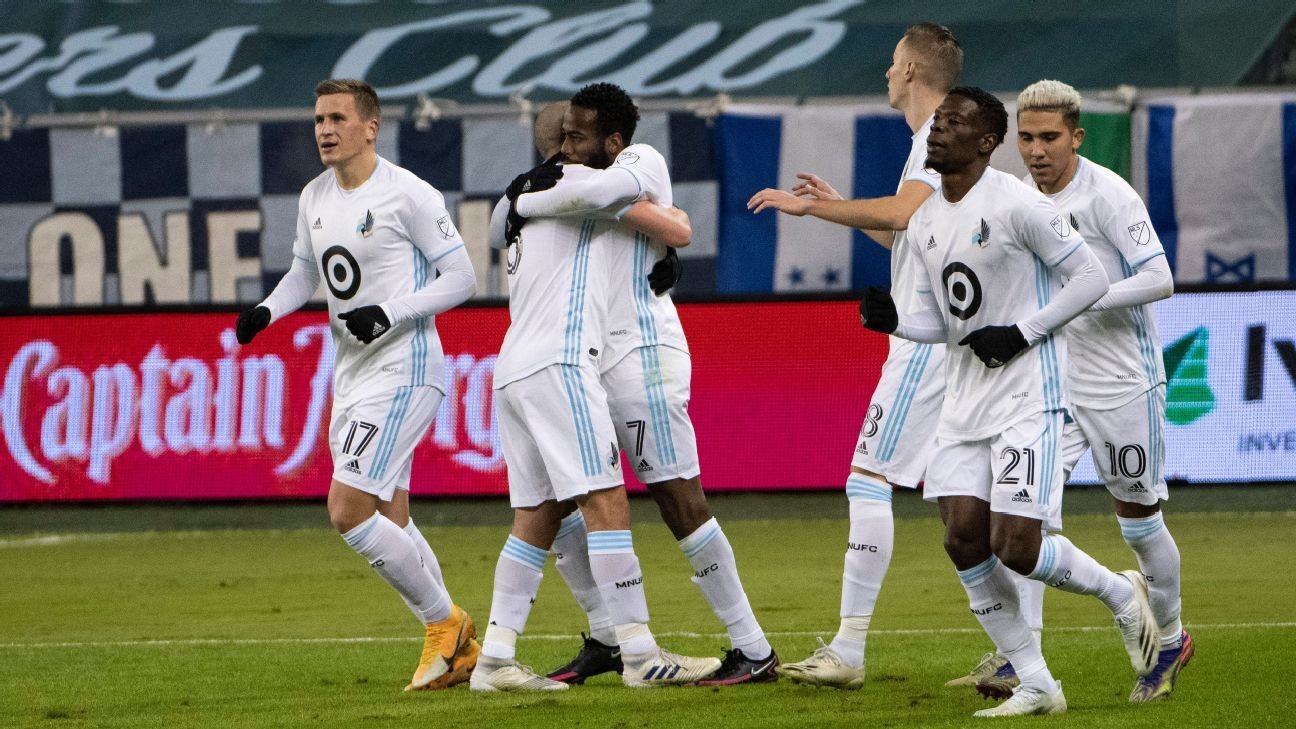 The home side had the better of the early chances, but it was Minnesota that scored first when Molino calmly finished off a nice counter-attack for the Loons to take a 1-0 lead in the 27th minute.

- MLS Cup playoffs: Who's in, final date, scores and more
- MLS on ESPN+: Stream LIVE games and replays (U.S. only)

Minnesota looked emboldened after their opener and doubled their lead eight minutes later as Emanuel Reynoso's chipped ball into the area was spectacularly volleyed home by Molino to give the visitors a two-goal lead.

The Loons weren't done yet, though, as Reynoso notched his third assist of the night from a corner kick that Bakaye Dibassy beat the SKC defense to for a 3-0 Minnesota lead at half-time.

The first-half onslaught from Minnesota saw Molino join Thierry Henry, Josef Martínez and Zlatan Ibrahimovic as the only players with multiple goals in three straight games over the last 10 seasons.

Reynoso's stellar opening 45 minutes also had him overtake the Sounders' Nicolas Lodeiro for the most assists in all MLS competitions so far in the 2020 season and become the first player in league history to have three assists in multiple playoff games.

SKC battled to try to get back into the game in the second half, but the Loons' defense stood strong and saw out the result to advance.

Minnesota's win sets up a Western Conference title match against defending champions Seattle Sounders on Monday night for a spot in MLS Cup.