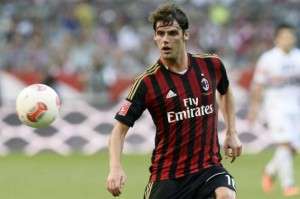 New AC Milan coach Vincenzo Montella has reportedly blocked the sale of his midfielder Andrea Poli, despite interest in him from elsewhere.

The Italian midfielder featured in 24 matches in all competitions for the Rossoneri last season under Sinisa Mihajlovic and Cristian Brocchi, providing three assists in total, but having not played a pivotal role at Milan over the past two seasons, many fans have called for the player’s sale.

However, new coach Vincenzo Montella has blocked any possible sale of the former Sampdoria man despite interest shown by newly promoted Serie A side Cagliari, according to La Gazzetta dello Sport.

Poli joined the club in the summer of 2014 from Sampdoria and has since gone on to make 96 appearances for the Stadio Meazza outfit, scoring three goals and bagging nine assists.