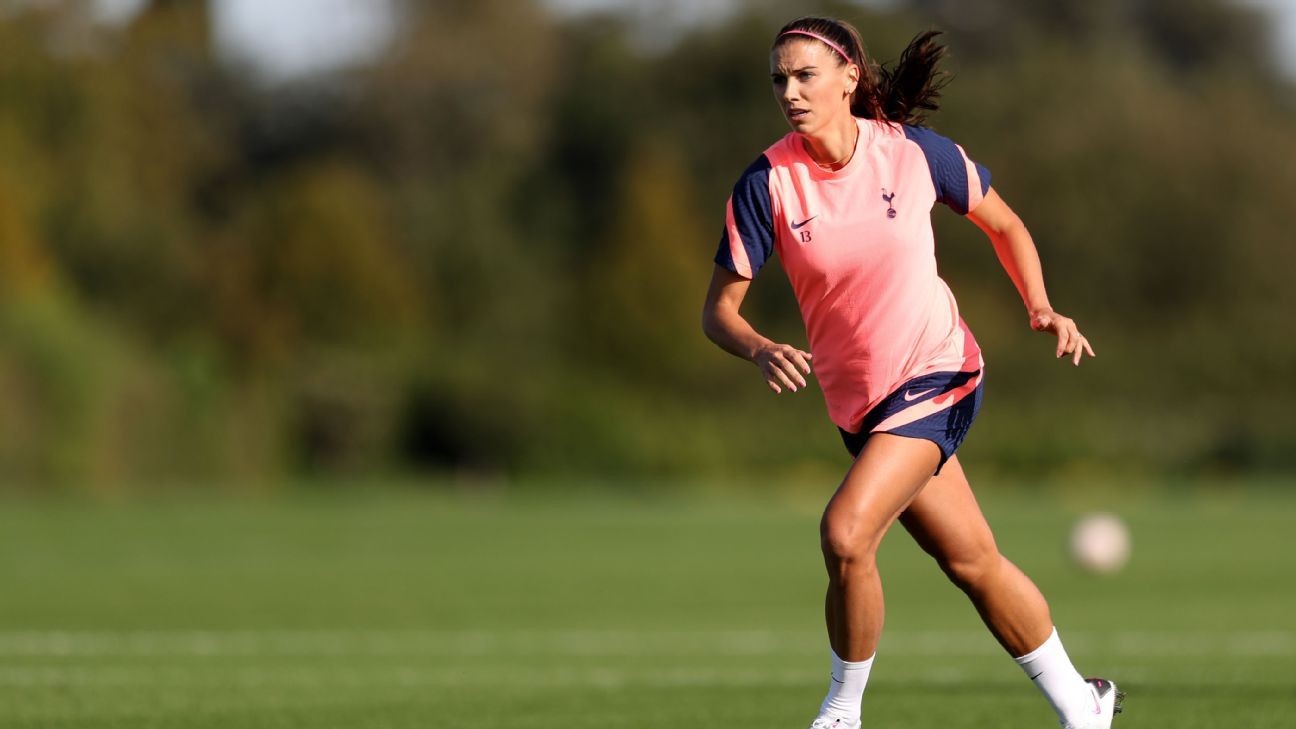 Arsenal manager Joe Montemurro has said his side are excited about the challenge of facing new Tottenham signing Alex Morgan in the FA Cup quarterfinal on Saturday.

Morgan, 31, joined Spurs from Orlando Pride for the entirety of the 2020-21 season but has yet to make her first appearance for the side.

The two-time USWNT World Cup winner hasn't played a game of competitive football since giving birth to her daughter Charlie in May.

"A lot of big-name players have come to England before Alex," Montemurro said. "My team's reaction has always been: 'Great, the level's going to be amazing, we get to test ourselves against the best.'

"We've got to go out and play our football and see if these exciting new players adhere to our levels."

The quarterfinals were due to take place in March but were postponed because of the coronavirus pandemic.

The final will be held in Wembley on Oct. 31 with the semifinals happening on Sept. 30 and Oct. 1.

"I'm loving the little local rivalry we're developing with Tottenham, they're a good team and the added emotion of the derby will make it very tough," Montemurro added. "It's a big game."

Arsenal have started their season well with 15 goals in the opening two games of the Women's Super League.

However, Montemurro said he knows the team will need something more to get past Tottenham.

The FA Cup trophy has evaded the Gunners in recent years with their last appearance in a final coming in 2018 and they haven't won the competition since 2015-16.

"Perfection we try to strive for, but perfection doesn't really exist," he said. "We always know that there are things we can fix, things we can get better at.

"The very clear message from me is to keep our feet on the ground, keep working hard, keep our standards very high and we know that there is a lot of football to be played.

In the other quarterfinals Brighton take on Birmingham City, Everton face Chelsea and Leicester City will go up against Manchester City.