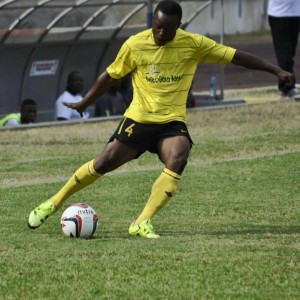 The Miners will play as guests to the Algerian side on Sunday in the reverse fixture of the continent’s flagship club championship.

The Ghanaian side will be going into the game with a slim 1-0 first leg win recorded two weeks ago at the Obuasi Len Clay Stadium.

AshantiGold boosted their confidence with a 2-1 win over Medeama SC in the opening day Premier League clash ahead of this weekend's clash with the Algerians.

And Alhassan Nuhu has stressed that morale in camp ahead of their continental game is very high.

“Morale in camp is very high. The playing body has determined to qualify to the next stage of the competition and eventually to the money zone," ” Nuhu told GHANASoccernet.com.

So we are much ready for MO Bejaia. We know they will be playing at home but we will withstand anything they will throw at us.

“We will storm Algeria with only one target which is to qualify to the next stage of the competition and we have the men to do that. All we want from Ghanaian fans is to pray for the club,” he added,