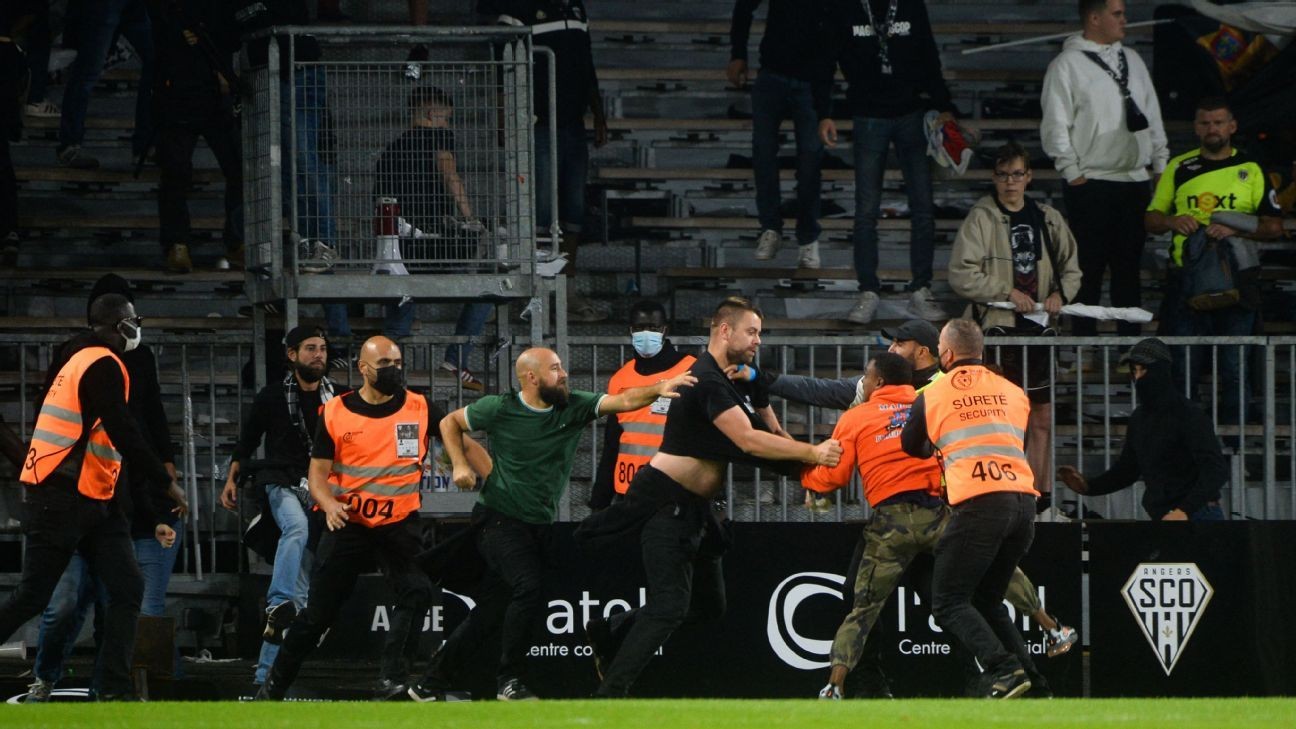 Security clashes with fans during the Ligue 1 match between Marseille and Angers on Wednesday. Getty Images

There was more fan disorder in Ligue 1 on Wednesday as Marseille supporters ran onto the field and clashed with Angers counterparts at the final whistle.

Moments after the 0-0 draw, about 50 Marseille fans left their away enclosure and rushed along one side of the field to the stands where Angers fans were. Clashes broke out and combatants used sticks and threw objects before stewards intervened.

"Please, please. What image are we giving? Please, lads, calm down," the stadium announcer said, as other fans whistled and jeered those fighting.

It was the latest incident of football violence in France this season, after serious disorder at the Nice-Marseille match last month.

Last Saturday, fans threw ripped-up seats and tried to fight each other at half-time during the northern derby between Lens and Lille.

Lens played their home game without fans on Wednesday as punishment, losing 1-0 to Strasbourg, and Marseille could now face sanctions from the league.