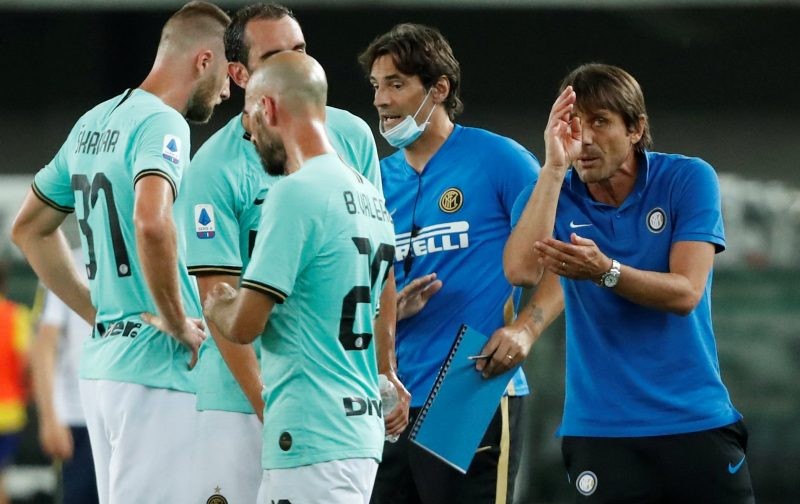 Another match, more disappointment, and points thrown away once again by Inter.

Against Bologna, the Nerazzurri were undone by the wonderful Musa Juwara and a complete lack of concentration, and in Verona on Thursday night, a nightmare of a game from Milan Skriniar went some way to explaining the defeat.

Far too easily beaten by Darko Lazovic in the opening minutes, then failing to close down Miguel Veloso for the Mastini’s late equaliser, Skriniar had a game to forget.

Antonio Conte has bemoaned the lack of depth in his squad in recent days, and granted they don’t have the resources of Juventus, there is plenty there to enable rotation and the points rolling in.

Against Bologna, Inter were a goal up and a man up, yet they somehow lost, and then against Verona, the Nerazzurri were comprehensively outplayed by Hellas in the first half, but dominated the second and got themselves ahead.

In both games, three points were very much there for the taking, yet lapses and silly mistakes have cost Inter any hopes of a Scudetto challenge – as unlikely as it was, it is now impossible.

A season that had Inter, under the ex-Juventus regime of Antonio Conte and Beppe Marotta, as Juventus’ main challengers for the Scudetto, now sees the Nerazzurri languishing in fourth spot. The Verona captain had a blinder of a game, getting the better of Roberto Gagliardini and Marcelo Brozovic in the middle of the park.

His late goal might have gotten Verona a point, but he could have had another in the first half with a rocket which smashed the upright.

It was only his third league goal this season, though it is a record for the Portuguese midfielder over a single Serie A campaign. Lazovic stunned the Nerazzurri after just one minute 41 seconds, as Ivan Juric’s men laid siege to the Inter goal from the off.

It is also the fastest goal conceded by Inter in Serie A since Stefan de Vrij’s own goal against Fiorentina in February 2019 which was clocked at 16 seconds.

Though for Verona it was their fastest Serie A goal since the one scored by Emil Hallfredsson against Napoli in October 2014 – 26 seconds.