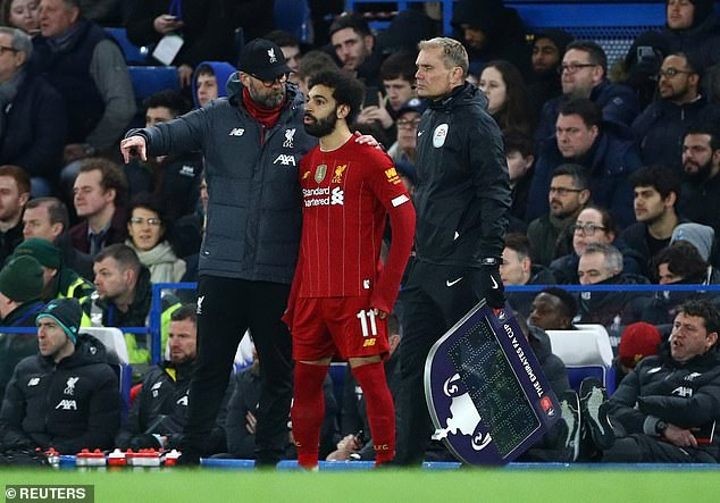 The Premier League's much-anticipated return is just over two weeks away now.

After a near three-month absence, the world has changed beyond recognition since Leicester beat Aston Villa on March 9 in the last top-flight game played in England.

And so the Premier League is making its own plans to fit in with what is quickly being referred to as 'the new normal' following the coronavirus pandemic.

Sportsmail revealed on Monday that there are plans to increase the number of substitutes from three to five, to allow clubs to re-register players not named in their 25-man squads in January and to introduce a multi-ball system.

There are also reports that Premier League clubs are set to demand scheduled water breaks amid fears of dehydration as the 2019-20 campaign extends into the summer months.

So, how will these rule changes work, and will they benefit everyone? Sportsmail take a look...

The most obvious rule change that will have an impact on the rest of the season is that of increased substitutions.

Many clubs are supporting the proposal to increase substitutions to five per game due to injury fears in a congested schedule after a lengthy spell on the sidelines.

Chelsea have submitted their own proposal to increase the number of substitutes on the bench from seven to nine to try and facilitate this.

Other clubs argue, though, that such a major and radical change mid-season would harm the integrity of the competition.

And though the ability to rest and rotate players will benefit all clubs, it is clear that it will benefit those with the biggest and fittest squads the most. It could certainly harm Sheffield United in their bid to reach the Champions League as they compete directly against teams with far deeper resources.

Smaller clubs will undoubtedly make use of the rule change, with their players less likely to be as fit as their opponents, offering chances for younger players to make their mark. There are some fears that they would use the excess substitutions available to them, though, to waste time towards the end of games.

This issue could be the one that is most fiercely debated at Thursday's meeting of club executives ahead of the formal vote on any rule changes next week.

Each change requires the support of 14 of the 20 clubs.

Clubs could also be allowed to re-register players who were omitted from their officially-submitted squads in January.

This will allow those with long-term injuries - that were expected to rule them out for the season - to play.

Newcastle defender Paul Dummett, who returned to training last month after a tendon problem, could be one beneficiary of the proposal.

Clubs are required to register 25-man squads at the start of the season and then again at the end of the January transfer window.

Each squad contains no more than 17 players who do not fulfil the 'Home Grown Player' criteria.

The rest of the squad, up to a total of 25 players, must be 'Home Grown'. Clubs will still be able to dip into their additional list of registered Under 21 players, who are eligible to be included over and above the squad limit of 25.

Often seen in European competition or in big Premier League games where the home side seek to gain an advantage by keeping a relentless flow to the play.

But the multi-ball proposal could become a reality for all Premier League teams no matter their style or intensity of play.

Yet with steps being taken to counter fears of fatigue and injury, the use of a multi-ball system appears counter-intuitive.

Some clubs feel the proposal will deny players the time to recover from fatigue when the ball is out of play, which is particularly problematic with games being played in the middle of summer.

The rationale is to limit lengthy stoppages when the ball is kicked into empty stands.

This makes sense with ball boy numbers limited with only 250 people expected to be allowed into stadiums on match days.

This is another rule change that could once again benefit the bigger teams, especially the likes of Liverpool and Manchester City, who are used to playing at high intensity and speed and have deployed this kind of tactic before.

It was first used in Holland's last-16 clash with Mexico, with a three-minute time-out taking place in both halves as temperatures soared past 32C inside the stadium.

With Premier League games set to take place in British midsummer for the first time, there is a real possibility of temperatures exceeding this threshold in June and July.

The Guardian claim the hottest game ever played in football was back in 1906 between Manchester City and Woolwich Arsenal, where the mercury 'hit over 90F (32.2C) in the shade'. A City player was reported to leave the game in the first half after suffering from sunstroke.

A water break would appear to be a sensible measure, with players likely to be more fatigued than usual, even before the heat is taken into account.

But there are some concerns that it could level the playing field, and offer teams with a lower fitness base to recover mid-game.

This would potentially benefit teams towards the bottom of the table, who are likely to be chasing the ball for much of the games they play.

Managers who pride themselves on their players' fitness and work ethic are therefore concerned at losing such advantages.