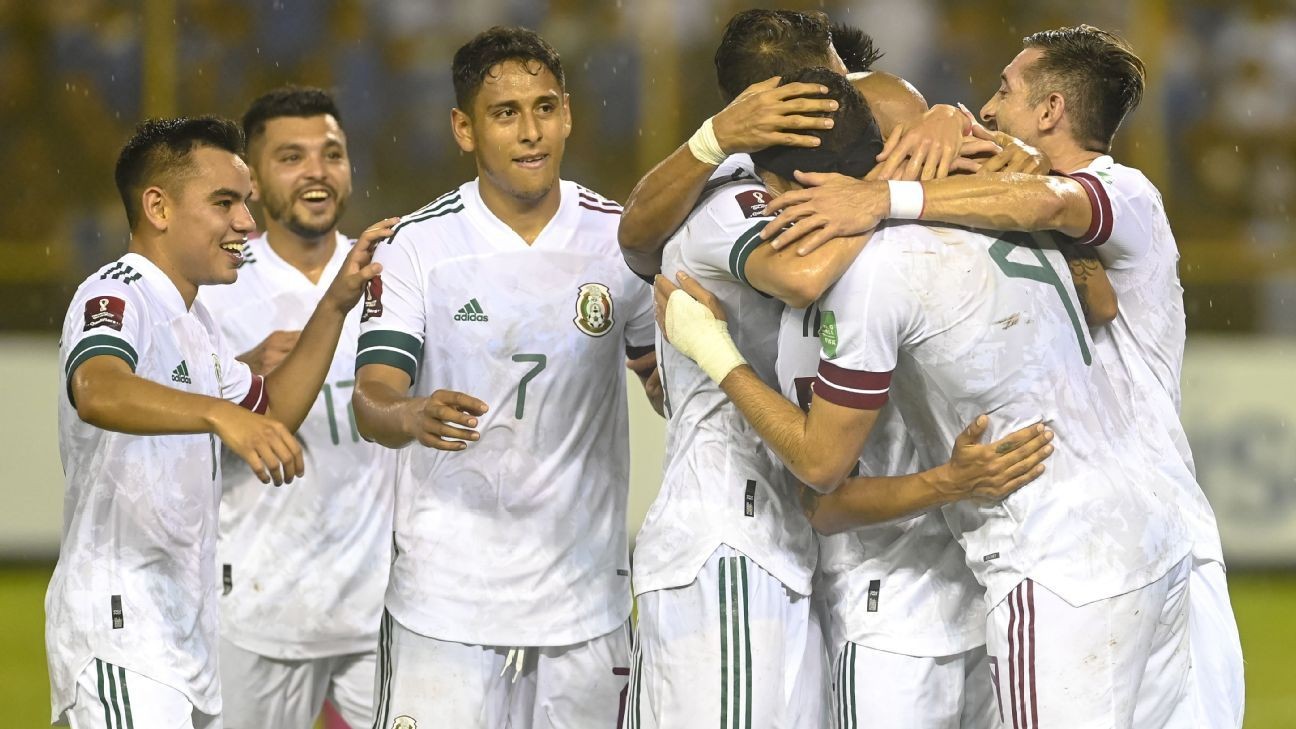 Hector Moreno and Raul Jimenez scored at the Estadio Cuscatlan as Mexico beat El Salvador 2-0 on Wednesday in World Cup qualifying. The win lifted El Tri to 14 points after six games on the road to Qatar 2022.

Moreno was one of just three players who remained in Mexico's starting lineup following the 3-0 win over Honduras on Sunday. Goalkeeper Memo Ochoa and attacker Hirving Lozano were the other holdovers, as the team played its third match in a week. For the second consecutive window, Mexico racked up seven points en route to first place atop the eight-team group. After starting the slate of games with a 1-1 draw against Canada at the Estadio Azteca, El Tri picked up two consecutive victories, including one on the road at Cuscatlan, one of the most difficult venues in CONCACAF.

A corner kick taken by Jesus Corona found Moreno in the box during the 30th minute and the Monterrey defender soared over two markers to head the ball past Mario Martinez. Moreno continued his great run of form at the Cuscatlan -- three of his six career goals for the national team have come at the venue. It was the first goal given up by El Salvador at the Cuscatlan since the start of World Cup qualifiers.

Mexico's position appeared to get stronger after Mario Jacobo saw red early in the second half following a foul on Rogelio Funes Mori just outside the El Salvador penalty box. Despite the one-man advantage, manager Gerardo "Tata" Martino seemed reluctant to allow his players to risk a more offensive position.

Raul Jimenez is congratulated by his Mexico teammates after scoring in their win over El Salvador. Alex Peña/Getty Images

In the 67th minute, defender Nestor Araujo brought Mexico down to 10 men, nullifying the advantage and opening the door for the home team to press once more in search of an equalizer. Araujo saw a second yellow card after a foul on Alexander Larin.

The sending off prompted Martino to make his fifth and final change of the game, taking Lozano off in favor of Luis Rodriguez, who came in at right-back and prompted Julio Cesar Dominguez to slide over into Araujo's spot.

In the 90th minute, Jimenez removed all doubt when he beat Eduardo Vigil on a long run that stretched into the box. Vigil slid in from behind and brought Jimenez down, prompting referee Drew Fischer to call a penalty kick. Jimenez stepped up to take the kick himself, sending Martinez the wrong way. It was the Wolverhampton Wanderers striker's 28th goal for his national team since 2013.

Next, Mexico will face three consecutive away games in the next qualifying window, starting with a visit to the United States on Nov. 12. El Salvador, who dropped to seventh place following the loss, will host Jamaica at the Cuscatlan.