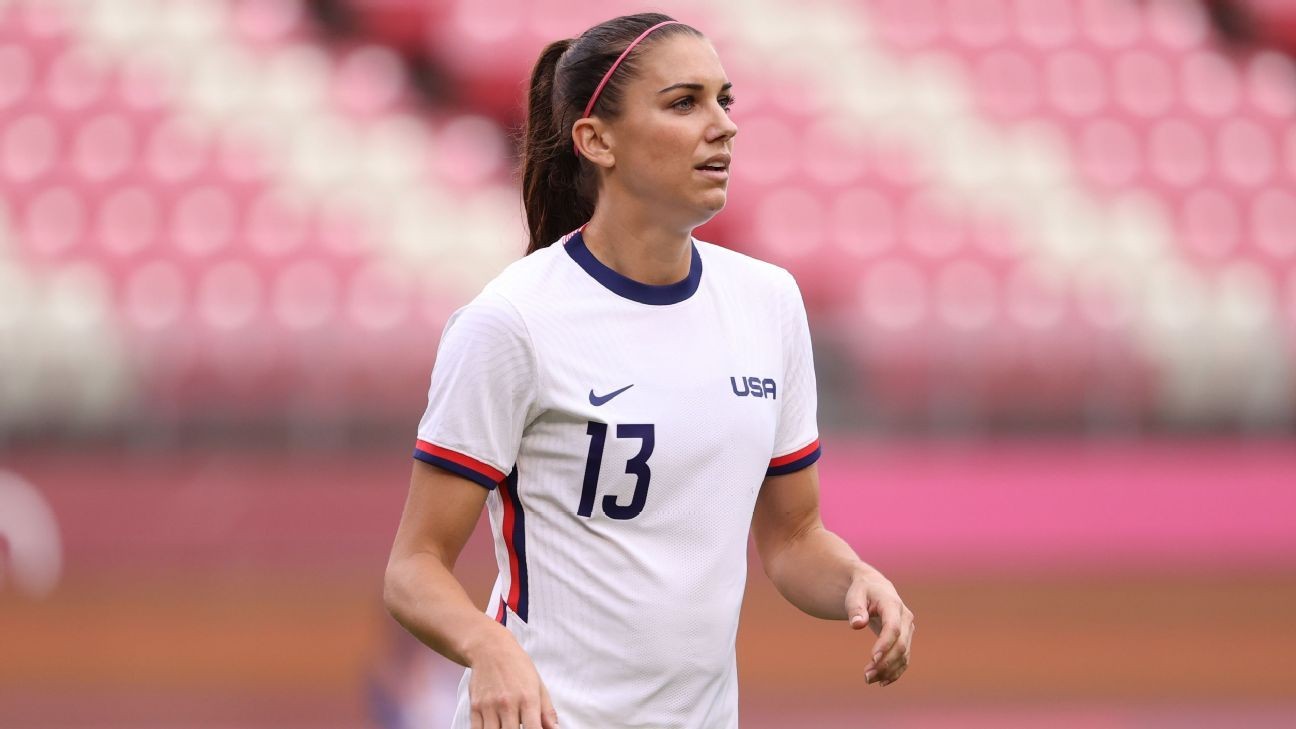 United States Women's National Team forward Alex Morgan has said the quarterfinals is when the Olympic tournament really starts, after they qualified second in their group for the knockout stage.

The USWNT played out a 0-0 draw against Australia on Tuesday to ensure that they finished second in Group G behind Sweden. They fell to a heavy loss against Sweden in the opening match and then beat New Zealand 6-1.

Morgan did score in Monday's scoreless draw but it was chalked off after a VAR review showed she was marginally offside.

"This [knockout stage] is when the tournament starts," Morgan said at a news conference after the game.

"It was a tactical decision by [coach Vlatko Andonovski] to shift defensively, a little more conservatively, and really allow them to get impatient, play along and give it back to us.

"Eventually, I feel like both teams kind of sat in, and it became a matter of playing a professional game and moving on.

"It's seeing how Vlatko wants us to set up against that [next] team. Tactically we had a little shift this game, we're experienced enough and professional enough to be able to do so and and face a team in a way that puts us on top and really plays to our strengths."

The World Cup winners have looked disjointed over the last three matches and Andonovski said that their aim was to win the match against the Matildas but that he was happy with the performance.

"Coming into this game, we came with the mindset that the first goal was to win the game, and the second goal was to put a good professional performance in and not get scored on," he said.

"Obviously, we didn't accomplish the first one but we did accomplish the second one which was very important because ultimately it put us in second place.

"I would say it was actually a good opportunity for me to see whether the team is ready to take on the information that was given and execute it which I was very happy with. Almost every player on the team had a specific role, and they executed it very good."

The USWNT will play the winner of Group F in the quarterfinals.