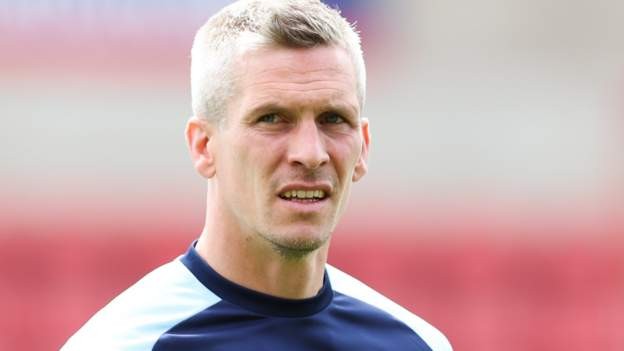 The Bluebirds have signed 13 players during the off-season, with a similar number departing the Championship club.

"We're looking for all types of players that can make us better," he said.

"I'm really happy with that signing [Etete] if it's finished off. We will see what happens going forward.

"The window has been excellent. We've been working relentlessly over the summer.

"The players have bought into the summer and the project and the plan we put to them. It's been great. We haven't lost out to anyone from a financial point of view.

"We haven't signed anyone because of paying more money than someone else. It's because they want to be a part of something and that's key."

Given the scale of player turnover during the summer, it is difficult to predict how Cardiff will fare this season, Morison's first full campaign in charge.

The former Wales and Millwall striker took over from Mick McCarthy last autumn and steered the Bluebirds away from relegation danger as they finished 18th in the Championship.

This season, Morison aims to implement a "more progressive style of play" with his new-look team.

Cardiff made an excellent start in their opening fixture last weekend as they beat Norwich City, who were relegated from the Premier League last term and have been widely tipped for an instant return.

The Welsh club's next match, on Saturday, poses a different challenge as they visit a Reading side whose financial struggles and summer of upheaval have seen them touted as relegation candidates this season.

"We need to put Norwich behind us and treat this weekend with the same attitude," said Morison.

"We are going the right way. Now the challenge is to do it again on Saturday.

"That's our biggest challenge. We had a free hit on Saturday [against Norwich]. Fans will have taken 'a good performance', but now there is expectation.

"Are you going to follow it up? It's something we are excited about. That is the challenge now.

"We have in-house targets, which the players set. Our target as staff was four points less than the players' targets after eight games.

"We are on track because a lot of the aspects from Saturday were really positive. You can't lose putting your body on the line and defending for your lives, defending for each other, winning mentality. Hopefully it gives them more belief now."