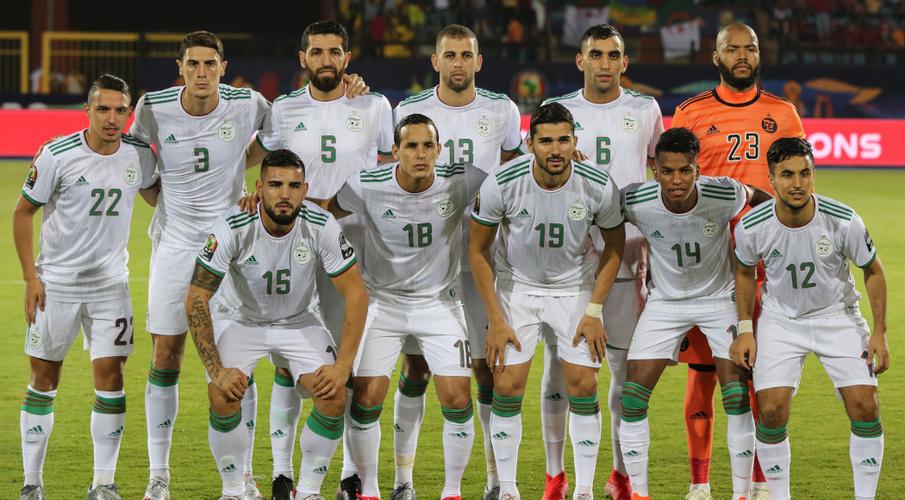 Morocco boss Herve Renard singled out neighbours Algeria as the most impressive team at the Africa Cup of Nations heading into the knockout stages that begin on Friday in Egypt.

Both countries qualified for the last 16 after three wins from three group games, but it was the nature of Algeria's 1-0 victory over title favourites Senegal that caught the eye of two-time title-winning coach Renard.

"I think there will be a lot of observers who will agree with me. I think up until now Algeria have been the best team at this tournament, notably in the match against Senegal where they performed very, very well," Renard told reporters on Thursday ahead of Morocco's tie with Benin.

"There's speed and spontaneity, with top quality players, a world-class player in (Riyad) Mahrez, and youngsters like (Youcef) Atal and (Ismael) Bennacer who are doing a remarkable job."

Djamel Belmadi's Algeria meet Guinea in the last 16 on Sunday and the two North African sides could potentially square off in the final in Cairo on July 19.

"The coach (Belmadi) has succeeded in coming up with a good mixture which is not always easy in Algeria, you have to congratulate him," continued Renard, who is attempting to guide Morocco to a first title in 43 years.

"Now from the perspective of the final, we're only in the last 16. We're concentrating on our match we have to play tomorrow, ensuring there are no nasty surprises.

"We're just being ourselves and hoping we can move on to the quarterfinals which will an even harder match."

If Morocco go on to win the title, Renard will become the first coach to guide three different teams to victory.

The Frenchman took Ivory Coast to the title in 2015, having led outsiders Zambia to a surprise victory three years earlier.