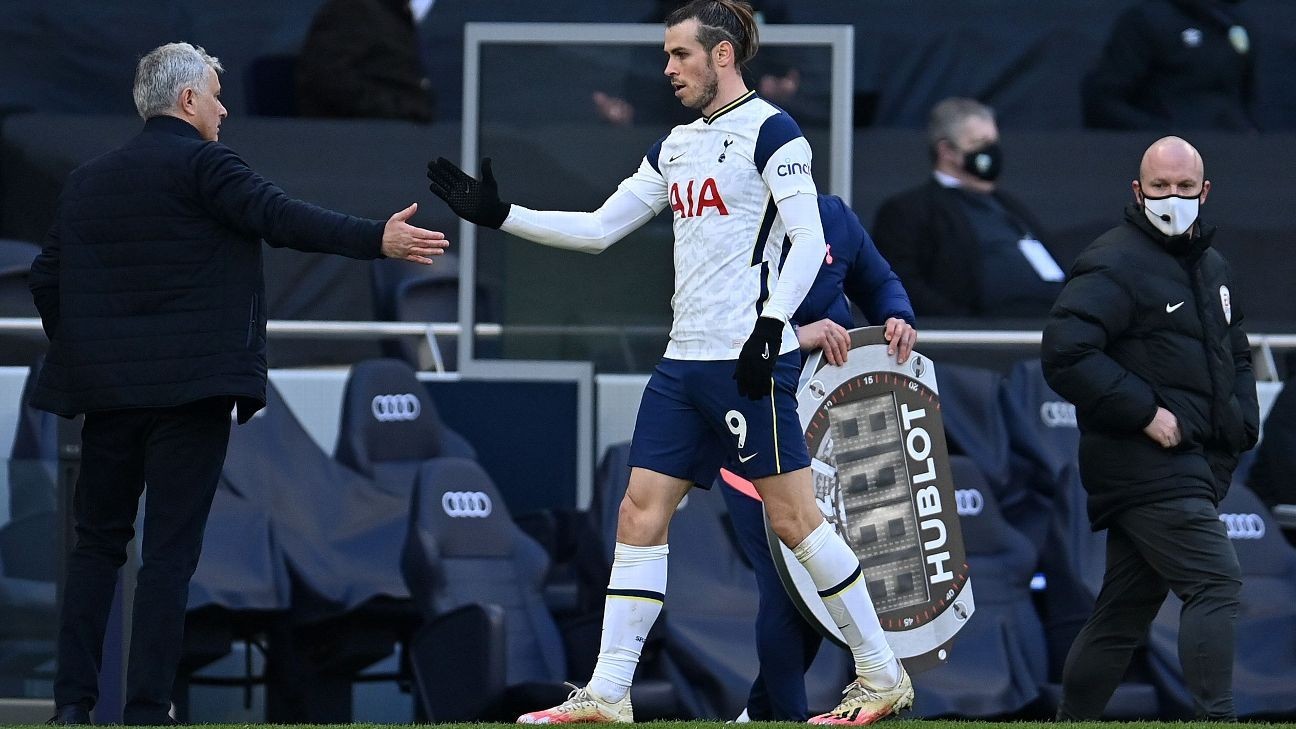 Jose Mourinho sang the praises of Gareth Bale after the Wales international's two-goal show in Tottenham Hotspur's 4-0 drubbing of Burnley in the Premier League on Sunday.

The Tottenham manager gave Bale only his third league start since he returned on loan in September, and was rewarded with a dazzling display.

- Bale shows Mourinho he can be the unlikely X-factor for Spurs
- Stream ESPN FC Daily on ESPN+ (U.S. only)

Mourinho has seemed reluctant to trust Bale in the league, citing his lack of match fitness and injury problems.

But after his second-half impact off the bench against West Ham United last week, his midweek showing against Wolfsberger and Sunday's two goals, Bale is beginning to blossom again.

"I am happy because when his condition is good he can do things like today -- his game was very good, not just scoring, changing speeds, going inside. I am very happy for him."

Bale has now scored four goals in his last four appearances in all competitions and his revival augurs well for the rest of Tottenham's campaign as they have a League Cup final, a Europa League last 16 and a Premier League top-four battle to play for.

"It was good, I have been building up a little bit to get fully fit -- felt comfortable and my form is coming back, it's nice to help the team," Bale said. "I know you get criticism but I am experienced enough to keep my head down, not say anything stupid and keep plugging away."

The sight of Bale lining up alongside Harry Kane and Son Heung-min was what Tottenham fans hoped they would see when he came back on loan, and the attacking trident tore Burnley to shreds on Sunday.

Son set up both of Bale's goals while Bale provided the assist for Kane's strike.

"Playing with them is why I came here and what I wanted to do -- it's great to be on the pitch and feeling good, hopefully we can kick on from this and get some confidence," Bale said.

Victory left Tottenham in eighth spot but only six points behind fourth-placed West Ham with a game in hand.

"We needed three points for the table, for the players to have a smile. That is the most important thing. We needed a good victory in the Premier League," Mourinho, whose team had lost five out of their last six games in the league, said.

"We need points, I believe lately in the Premier League we have had periods playing well and of course we need points. Today we got them in quite a solid way, we need that."