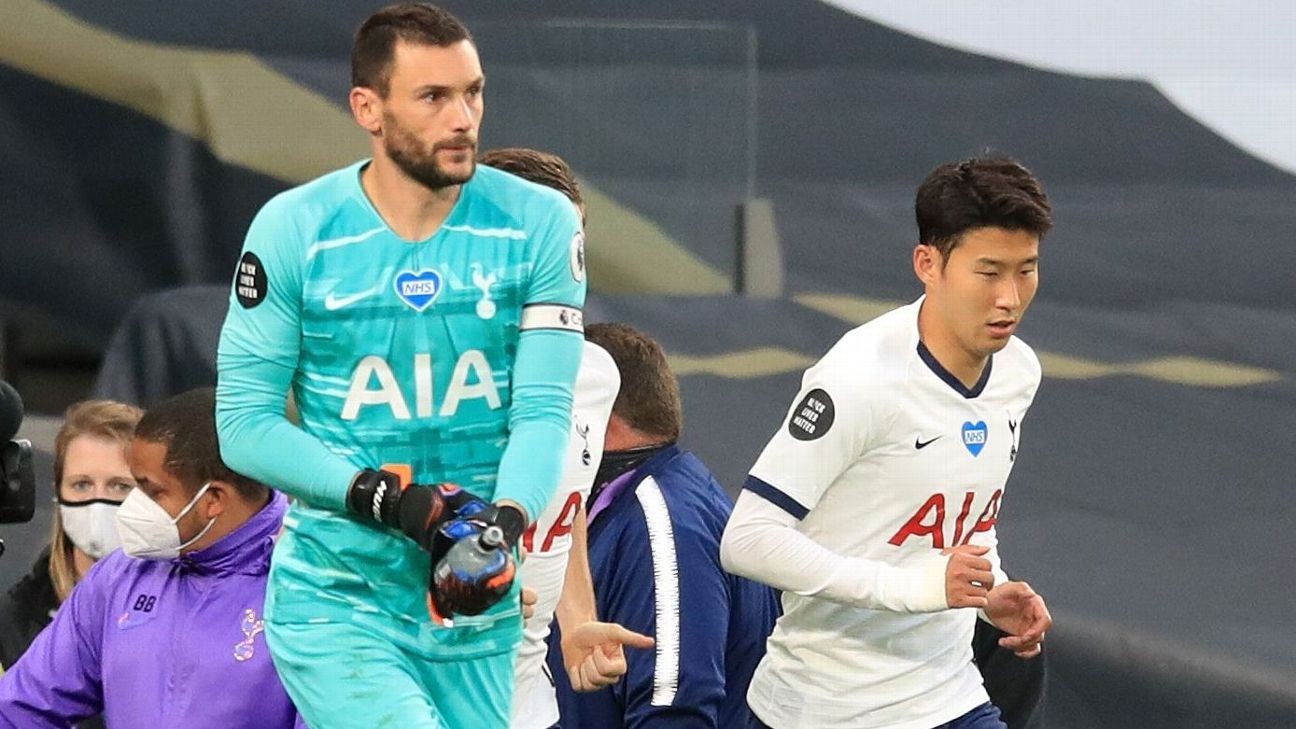 Tottenham's 1-0 Premier League win over Everton on Monday was hardly a classic and will best be remembered for a half-time bust-up between Hugo Lloris and team mate Son Heung-min that manager Jose Mourinho described as "beautiful."

With only one win in nine matches in all competitions ahead of the game and their desire questioned by Mourinho after last week's 3-1 defeat at Sheffield United, emotions were raw.

They were leading thanks to Michael Keane's own goal but Lloris saw red as the players walked off the pitch, ranting at Son for not tracking back when Richarlison had a chance on the stroke of halftime. They had to be separated by their team mates, although it was all smiles later.

Mourinho, who became only the fifth manager to rack up 200 Premier League wins and the second-quickest in terms of games behind only Alex Ferguson, said he had encouraged his players to be more critical with each other.

"It's beautiful," Mourinho, whose side moved up to eighth in the table, nine points behind fourth-placed Chelsea, said.

"It's probably as a consequence of our meetings. If you want to blame someone for that it's me. I was critical of my boys -- they were not critical enough with themselves.

"I asked them to be more demanding of each other. Son is an amazing kid, everybody likes Son but the captain told him you have to do more and give more to the team."

Expanding on the mentality he expects from his players, Mourinho, a three-time Premier League winner during two spells as Chelsea boss, said he encouraged a frank exchange of views between players, if not in full view of the TV cameras.

"A team of good boys and nice boys the only thing they want to win at the end of the season is the fair play cup and I've never been interested in winning that," he said.

"I don't like a team that doesn't have a critical sense. What happened at halftime shouldn't have happened there, it should have happened just inside the dressing room.

"But I can promise you my winning teams had big fights."