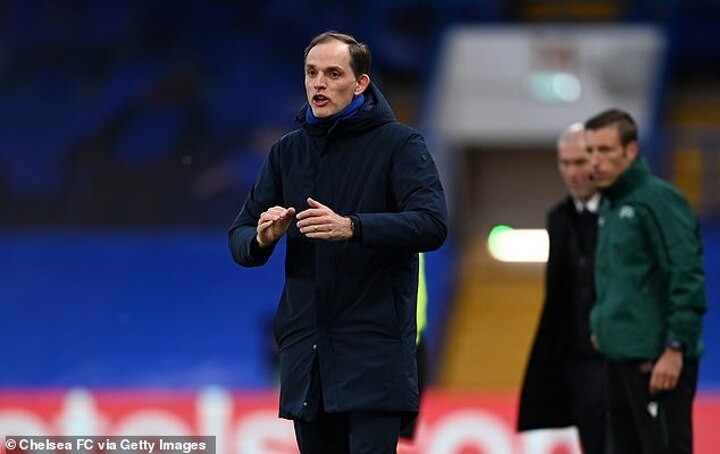 Tuchel's side beat Real Madrid 2-0 in the second leg of their Champions League semi-final on Wednesday to set-up and all-English final with Manchester City, their opponents this weekend.

Midfielder Mason Mount scored the goal at Stamford Bridge that secured the Blues' place in the final, while Foden played an integral role in City's two-legged victory over Paris Saint-Germain.

Tuchel was not short of praise for the England duo, as he mentioned Mount's 'character and talent' after his Champions League heroics.

'There are the outstanding examples at the moment. I can’t speak about Phil Foden as he’s not my player but you can see the ability and desire to decide the biggest games. I have the impression he is a nice guy and has a clear character like Mason.

'Mason is outstanding and he has the full package of being humble and full of talent. The national team can be very happy to arrive with these players because they are reliable at the highest level and they behave exactly how you want them to behave.

'They want to learn and be better and they don’t seem to feel the pressure, which is pretty amazing.'

Despite the European excitement, the German tactician insisted that their focus is back on the upcoming league action.

'It was a nice morning on Thursday to arrive at Cobham and see everybody happy and enjoying the feeling after a big win. We were starting to organise things for the last week of the season we have, which is a nice reward,' Tuchel said in his pre-match press conference.

'Now it's the second day and now it's time to prepare the next Premier League match, the schedule, flying and other things. The schedule keeps us busy.'