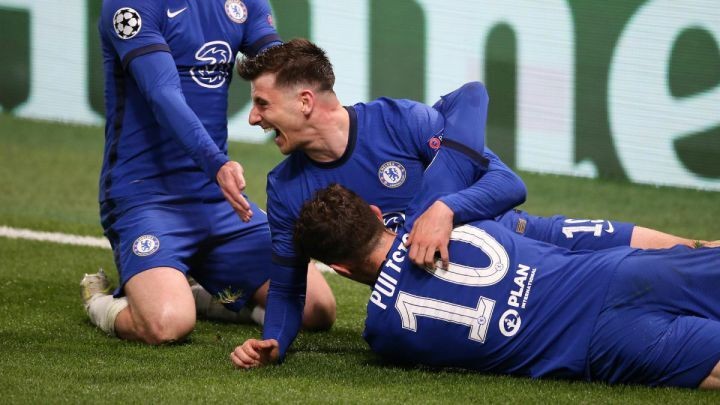 Mason Mount was delighted to fire Chelsea into the Champions League final against Manchester City but felt Real Madrid got off lightly with a 2-0 defeat at Stamford Bridge.

Timo Werner headed Thomas Tuchel's Chelsea into a first-half lead in London but the tie remained in the balance until Mount made it 3-1 on aggregate five minutes from time on Wednesday.

Chelsea were far superior and passed up a host of chances to make the game safe – Opta's expected goals xG projection tallying 3.8-0.5 in Chelsea's favour.

"We should've probably had about five," Mount beamed in his post-match interview with BT Sport. "But the most important thing is we won. We want to go into every game winning it.

"It was 1-0 but that really didn't matter because if they score, they were back in the game.

"To get that one late on, you can see by the celebrations, it was a massive goal for us and gave us breathing space in the last five minutes.

"We gave everything and we had that desire to win first half. We had a couple of opportunities where we won the ball and should've scored but we got the one late on and it's great.

Werner nodded in a simple finish after Kai Havertz's 28th-minute chip looped down off the crossbar – a first Champions League goal from open play in Chelsea colours for the Germany forward, who came in for criticism for spurning a glorious chance during last week's first leg.

Werner with the opening goal vs Real Madrid

"I said to Timo, 'It must've felt like an eternity for the ball to drop down'," Mount said. "We're all buzzing for him."

City can seal the Premier League title in what is now a dress rehearsal meeting with Chelsea on Saturday.

Pep Guardiola's City have already lifted the EFL Cup for a fourth consecutive season, although Chelsea's 1-0 win over a much-changed XI in last month's FA Cup semi-final will give them hope they can deny the Premier League leaders an elusive first success in Europe's top competition.

"We haven't won anything yet. We've got two massive cup finals and hopefully we can win," Mount added, with Leicester City up at Wembley in the FA Cup final 10 days from now.

"We've got [Manchester City] on Saturday. We've played three times already this season, so it will be a stunning game."