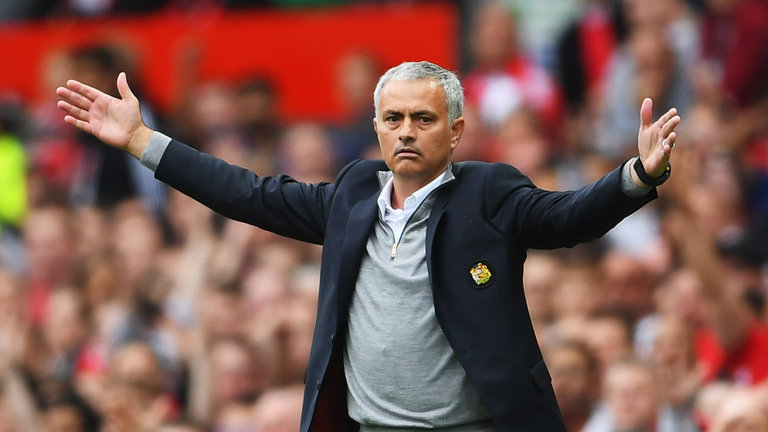 The UEFA Champions League is already on full blast, and with it, are the teams who are each vying for a chance of victory. During this time of year, it's normal for club managers to say that they've already adapted to the game environment of the league.

This is especially true for the elite clubs. However, it seems like a different story for Mourinho’s Man United as he thinks that things aren’t going to flow smoothly for his team. The reason behind this, he says, is due to the Premier League’s lack of winter break.

Mourinho’s surprising statement came after an easy 3-0 victory over Basel. But despite the supposed celebration he should have gone through, the Portuguese manager preferred to stay pessimist basing from his own experience. Mourinho reasons out that Man United lacks the capability to win against the elite European clubs by the time the league hits midseason.

To prove his point, Mourinho uses Paris Saint-Germain and Bayern Munch as examples. He says that the recent big wins that the aforementioned clubs have are proof that they are in peak condition. He went on to say that this might be the reason why Man United is going to eventually fold in the later part of the reason.

In another interview, Mourinho states that clubs like Barcelona, Bayern, and Real Madrid will consider the start of the Champions League this coming February. He then reiterates that the months from September to December will be their “warm-up” stage. Meanwhile, English teams would then be trying to survive by the time winter comes.

The Need for a Greater Effort

As of now, Man United is sitting comfortably on the 8th spot of the Champions League power rankings, with its fellow English club, Man City on the 6th spot. This is a pretty good feat knowing that there are 32 teams in the league.

Mourinho states that what they have to do now is not to celebrate and feel confident about their recent victories. He implies that those were “empty victories” knowing that the league is still in the knockout phase.

For the Portuguese manager, the real fight starts once they make it through the knockout phase. When they go through the next stage, that’s the time they’re going to “play big.”

During a recent pre-match press conference held last Monday, Mourinho continues to share his pessimistic thoughts saying that Man United still doesn’t deserve to be called a Champions League contender. He says that several elite teams are still ahead of them and they need to go past them one by one.

Mourinho went on to say that there are four or five top-tier teams in the Champions League. Because of this, it’s safer for him and the team to make it to the last 16 so that they can compete with the “lower-caliber” teams in the league.

This way, it’ll be easier for them to survive the knockout phase especially that there will be no winter break for them in the English Premier League. The Red Devils are among the top favorites in the league. You can see this by checking the best online free bets pages and the odds given to them. The odds that they’ll win the season are tied with Man City’s 11/1.

Despite this, it would still be a big challenge for them to overtake the 13/2 odds of Barcelona and Bayern Munich. But what’s even more daunting is Paris Saint-Germain’s 5/1 odds and Real Madrid's 7/2 odds that put them at the top spot.

By putting the recent 3-0 victory of Man United over Basel who’s currently on the 32nd power ranking spot with 500/1, one can clearly see how meaningless-of-a-victory it was.