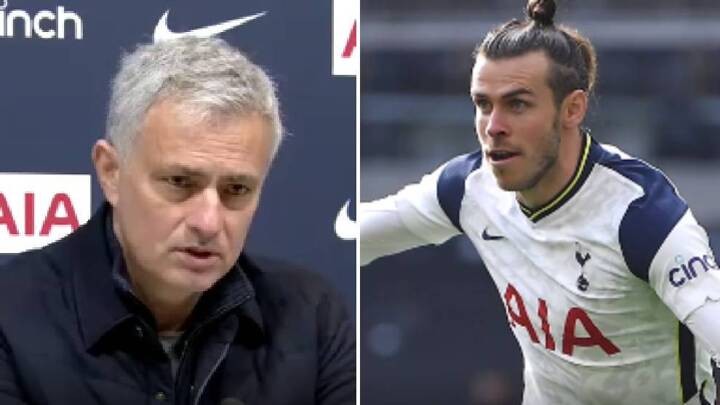 Jose Mourinho seemed delighted about Gareth Bale's performance against Burnley on Sunday, with the Welshman scoring twice and setting up another.

The Portuguese coach hasn't often been overly enthusiastic about Bale since he returned to the club on loan, yet he accused journalists of twisting the truth in regards to his management of the Real Madrid man.

"Sometimes people write things, and sometimes, some of you [journalists] like to imagine stories," he accused the press after the game.

"You need to write stories and sometimes you like to say things that are not really true.

"But there is not one single coach in the world that doesn't play Gareth Bale if Bale is in very good condition. There is not one, but now he is better than ever."

Mourinho mentioned that he had noticed a shift in Bale's performances of late.

"It's not just about the two goals he scored, it's fundamentally about his physical performance. Now he's not flat, he has ups and downs in the speed he brings to his actions," he said.

"Even in the area in which he plays, sometimes outside, sometimes inside.

"He played very well and his condition is very good. I'm just pleased for the team because he helped the team to win and that's the most important thing. I'm happy for him."