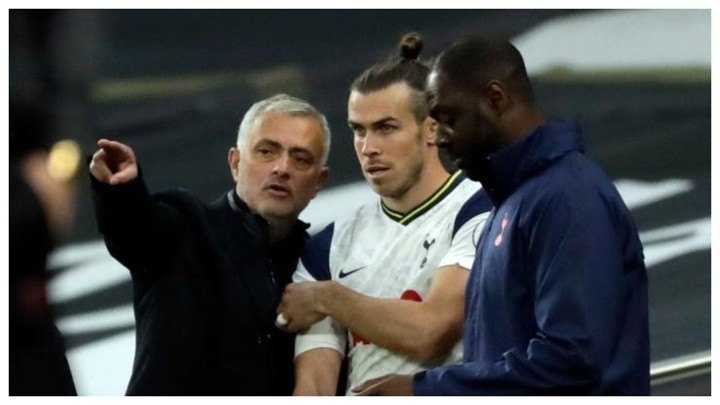 Gareth Bale's Tottenham re-debut didn't go to plan as he came on with the score at 3-0 and was part of a spectacular collapse, as Spurs conceded three goals to draw 3-3 with West Ham.

The new arrival could have made it 4-2 at one point, but Mourinho wasn't blaming the star for the poor result.

"I honestly don't think so," he said after the game when asked if he felt Bale's debut had been a distraction and had a negative impact.

"The decision not to start him was I think a good decision, one to show that he doesn't have a beautiful chair waiting for him in the team and he sits there the first time he can.

"It was a message to the team that in this team everybody has to fight for positions.

"He's very well accepted in the group. Everyone likes him. I believe he also likes what he found here.

"Everything is positive and the focus was not on him.

"It's a pity that he couldn't score that fourth goal, that would have killed the game, but that's football."

Mourinho reflected on the result as a whole, admitting he is very disappointed.